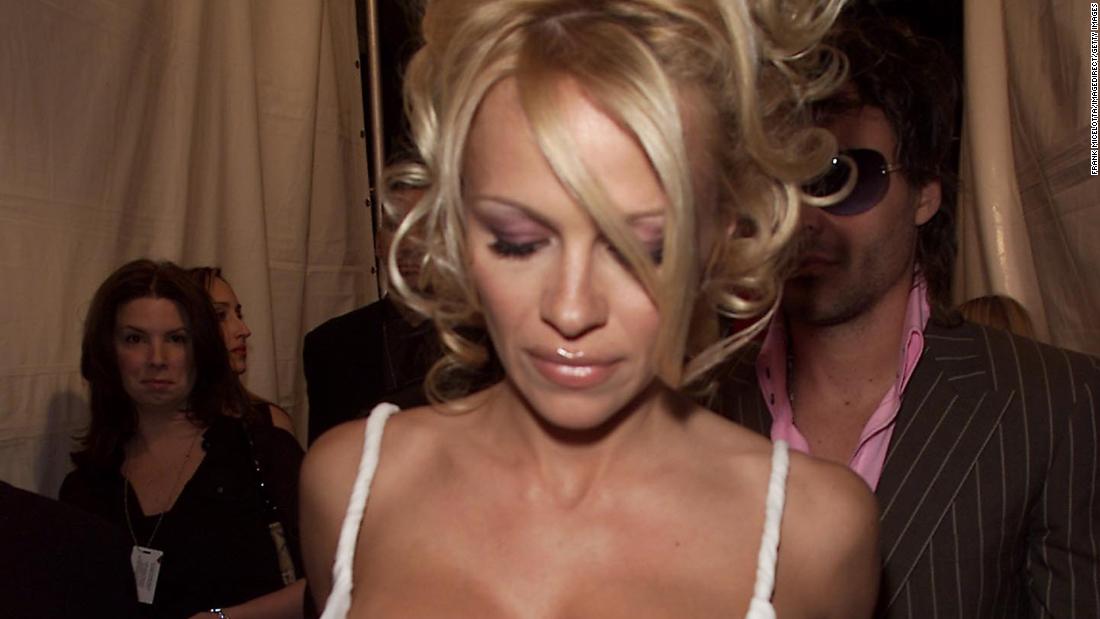 Breast implants are more popular than ever. They remain one of the most sought-after cosmetic surgeries in many countries from the United States and Brazil to the UK and China. They’re the subject of reality shows and tabloid spreads, a recurrent topic of celebrity culture and a perennial punch line.

But in terms of size, implants are actually getting smaller.

A shift has been underway since the mid-2010s, with women around the world, from Victoria Beckham to Crystal Hefner, seeking implant removals or reductions. While some, like Hefner, do so due to health complications, there are also signs that the unnaturally large look has simply fallen out of style in recent years.

Studies also indicate that in the United States and the UK, demand for breast reduction procedures grew 6% from 2018 to 2019 and, according to Google Trends, the number of people searching for “breast reduction surgery” has been rising steadily in different countries since the onset of the pandemic in 2020. (South Africa, for instance, saw a 100% surge in searches for the term, compared to the previous year.)

For Dr. Gabriel Chiu, a plastic surgeon and founder of the Beverly Hills Plastic Surgery practice, breast augmentations, while still popular, have been “moving towards a smaller size and more natural shape,” explaining over email that people are typically asking for more “personalization” and a look that is proportional and compliments the patient’s figure.

Meanwhile, Dr. Caroline Payne, a London-based specialist in plastic and cosmetic surgery and member of the British Association of Aesthetic Plastic Surgeons (BAAPS), has also seen a preference for smaller cup sizes in her own practice. “Among my patients, requests for major augmentations are very, very rare,” she said in a phone interview.

The first breast enlargement surgery using silicone implants was performed in 1962, when Timmie Jean Lindsey, a 30-year-old mother-of-six, was taken from a B cup to a C cup at Jefferson Davis Hospital in Houston, Texas. Lindsey had come into the hospital to have a tattoo removed from her breasts, when doctors offered her the chance to get the first-of-its-kind procedure.

The times were ripe for a new kind of look. Barbie had hit the scene just a few years prior, and Playboy published its first issue less than a decade before. Throughout the 1950s, curvaceous Hollywood stars like Marilyn Monroe, Rita Hayworth and Jayne Mansfield had America lusting after their hourglass figures and ample breasts, shaping ideals for feminine beauty.

In the fashion world, the vogue for curvy figures stretched back further, to Christian Dior’s 1947 “New Look,” which pushed forward an hourglass silhouette that emphasized a stereotypically “womanly” aesthetic — big bosoms included — in contrast to a more modest sartorial trend seen during World War II.

Modern medicine, on its end, had been developing procedures for breast augmentation for quite some time. In 1895, German surgeon Vincent Czerny performed the first breast reconstruction surgery by transplanting a lipoma (fatty tissue growth) from a patient’s lower body to fill the hole left by a mastectomy. Other methods followed in the early 20th century, from shaping breast “mounds” out of flaps of muscle, to the injection of paraffin directly into women’s breasts. (The latter came with the risk of severe side effects, including infection and pulmonary embolism, that could manifest up to 10 years after the procedure.)

It wasn’t until the end of World War II that industrial silicone emerged as a viable alternative. The trend started in Japan, where sex workers were known to inject silicone directly into their breasts, reportedly to make themselves more attractive to occupying American soldiers, though the practice often led to gangrene around the injection site.

By the 1960s, hospital-grade silicone implants had been adopted by the Western medical community, and appeared safer and more reliable than the rubbers and sponges on offer.

After Timmie Jean Lindsey’s operation, silicone breast implants entered the mainstream. They remained firmly there (upgraded to silicone gel) until the early 1990s, growing larger and more popular along the way, thanks to the likes of celebrities like Pamela Anderson.

Then, in 1992, as it emerged that a number of women had suffered complications like leakage and infection from their implants, the collective fascination suddenly subsided. In its place came a widespread backlash against fake breasts, and an FDA ban on silicone gel breast implants that was also adopted by countries like Germany, Spain, France, Austria and Italy.

Restrictions in the US, which lasted until 2006, led several major manufacturers, including Dow Corning (which would later file for bankruptcy) and Bristol-Myers Squibb, to leave the silicone implant market.

But implants weren’t out of favor for long. Saline-filled alternatives were elevated as the new golden standard and the FDA ban on silicone was lifted in 2006, once again clearing silicone implants for cosmetic use in women over the age of 22. By 2010, breast augmentation was the most popular form of plastic surgery in the US (it first eclipsed liposuction in 2008), with 318,123 procedures performed that year, 62% of which using silicone implants.

If you looked around, you’d have noticed them everywhere: on celebrities and your next-door neighbor, in men’s magazines and TV shows. What made them stand out — literally and figuratively — was their volume. Circular and perched high on the chest, implants of the 2000s were deliberately obvious, and coveted precisely for their gravity-defying look.

Ruth Holliday, a professor of gender and culture at Leeds University’s School of Sociology and Social Policy, attributes the popularity of this aesthetic to shifting attitudes toward gender politics.

“Post-feminist thinking, which first emerged in the 1980s, was all about showing how empowered you were,” Holliday said in a phone interview. “It was about women reclaiming their sexuality, both from the patriarchy and the feminist movement itself. Within the realm of plastic surgery, that translated into emphasizing all the parts of their bodies that were already widely eroticized by society — thighs, curves, breasts — to own and show off their femininity.”

Big implants and other artificial enhancements, Holliday said, opened the possibility of being a sexual subject — an overtly desiring woman — rather than a sex object.

The very act of undergoing surgery, Holliday added, has also turned into a marker of status. “Being able to afford the operation… said, ‘Look at me: I am in the know, I am worth it, and I have the means to do it.'”

Over the years, many women also embraced implants as a tool to be noticed in an increasingly visual society, according to Alexander Edmonds, a professor of social and medical anthropology at the University of Edinburgh. “Ultimately, going under the knife is, for many, a way to reclaim their self-esteem, and open themselves up to a more confident life,” he said in a phone interview. “Or at least that’s the story we’ve grown used to telling.”

However, there’s been a twist in the story in recent years, with unnaturally large fake breasts no longer a signifier of sexual liberation or individuality, according to Holliday.

“They became synonymous with artificiality and tackiness,” she said. “Most women didn’t want to be associated with that.”

The deflation of oversized breasts was also spurred by a shift in aesthetics. “Simply, a new trend began taking hold: that of natural-looking bosoms,” said Gemma Sharp, a clinical psychologist and senior research fellow at Australia’s Monash Alfred Psychiatry Research Centre (MAPrc), in a phone interview.

And the rise in popularity of a more athletic look — toned and slender — has perhaps further contributed to the demand for smaller breasts. “Big breasts seem incongruent with that ‘strong woman’ ideal,” Sharp added.

Marcos Sforza, a plastic surgeon based in the UK, believes the rise in the number of implant removals and reductions could also stem from more serious concerns. “Women are worried about the risks that have been linked to implants and (are) opting for smaller ones as a preventive measure,” he said.

Among some of these risks is the 2017 discovery of a link between textured breast implants and anaplastic large cell lymphoma (a rare type of non-Hodgkin’s lymphoma, commonly referred to as BIA-ALCL), which led breast-implant manufacturer Allergan to recall a number of its products from the market last year. Breast Implant Illness (BII), a series of systemic symptoms that include (but aren’t limited to) fatigue, joint pain, hair loss, headaches, rash, brain fog and depression, is another ailment women have become more aware of, with more patients reporting BII symptoms to doctors and to the FDA during the last few years (though it should be noted that there haven’t yet been any major studies into the number of women with breast implants who develop BII).

“With BII, removal is often the only way for women to feel better,” Sforza said. “Hence the rising popularity.”

“It’s a very weird place to be for women,” he continued. “On the one hand, they know about all these complications. On the other hand, they’re still looking to ‘improve’ their appearance, feel better about themselves, better fill their clothes. And so, they look at what else they can do.”

Related video: Our perception of the ideal body has changed throughout history

In his practice, Sforza offers what’s known as hybrid breast augmentation, which supplements a smaller silicone implant with fat cells from other parts of the body, gradually increasing the amount of fat with every new implant. (The average silicone implants may last anywhere from 15 to 20 years, after which they must be replaced). “The idea is that when you’re 60 or older, your last implants will be mostly made of fat, (which is) lighter and safer (than silicone). I now do 25% of breast surgeries using this technique.”

While Sforza firmly believes that it’s health, not trends, that is influencing the demand for smaller breasts, he conceded that what most of his patients now want is a size and shape that leaves space for the question: Did she, or didn’t she? “That’s the foundation of the ‘new’ breast job,” he said.

Both Chiu and Payne agreed. “Younger patients wish to only go slightly bigger, while older women are asking me ‘Can we downsize?'” Payne said. “But at the end of the day, all everyone wants is a subtle, versatile look.”

Khloe Kardashian’s bikini photo reminds us that when we weigh in on women’s bodies, we all lose

Launched during the Cold War, Chinatown’s pageants were about much more than beauty