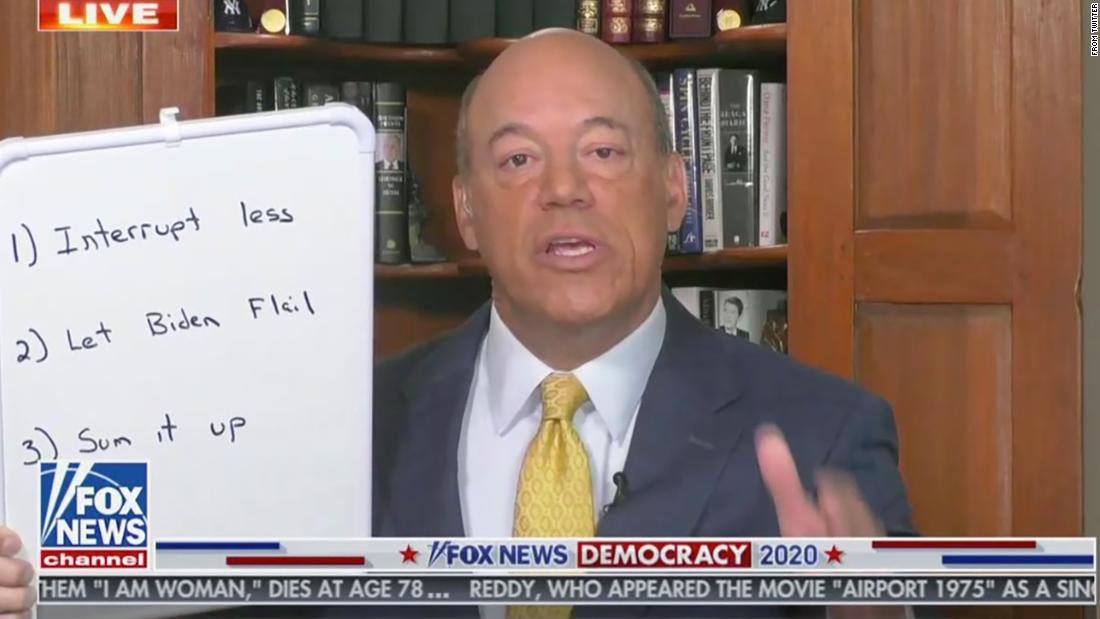 It was a rare scene in which some of the President’s most ardent supporters in conservative media critiqued him, an indication of how poorly Trump fared in the showdown with Biden.

“Donald Trump blew the biggest layup in the history of debates by not condemning white supremacists,” co-host Brian Kilmeade said, referring to the moment in which Trump refused to condemn white supremacists after being asked if he would be willing to do so by debate moderator Chris Wallace.

“I don’t know if he didn’t hear it, but he’s got to clarify that right away,” Kilmeade added. “That’s like, ‘Are you against evil?'”

Kilmeade was not the only one attempting to speak through the television screen to Trump, who is known to regularly watch the program.

Stephen Moore, the conservative media personality who has advised Trump on economic issues, recommended to Trump that he show more respect to the forum in future debates.

“The president interrupted way too much,” Moore said. “Mr. President, please don’t do that in the next debate.”

In one of the more visually striking moments, Ari Fleischer, the former White House press secretary for President George W. Bush, held up a white board with three pieces of advice outlined for Trump: “1.) Interrupt less 2.) Let Biden flail 3.) Sum it up.”

“That’s the clean technique to drive home the points the President wants to get home,” Fleischer said.

The Tuesday night debate between Trump and Biden devolved into chaos, dominated by Trump’s frequent interjections and absolute refusal to obey the rules.

Early indications suggest voters did not approve of Trump’s performance A CNN instant poll found that debate watchers thought Biden beat Trump in the debate, with 60% saying Biden won compared to 28% for Trump.

How long should movies be in theaters before streaming? Hollywood is trying to find out

‘SNL’ has Dr. Fauci hand out coronavirus vaccines on a game show

‘SNL’ has Dr. Fauci hand out coronavirus vaccines on a game show