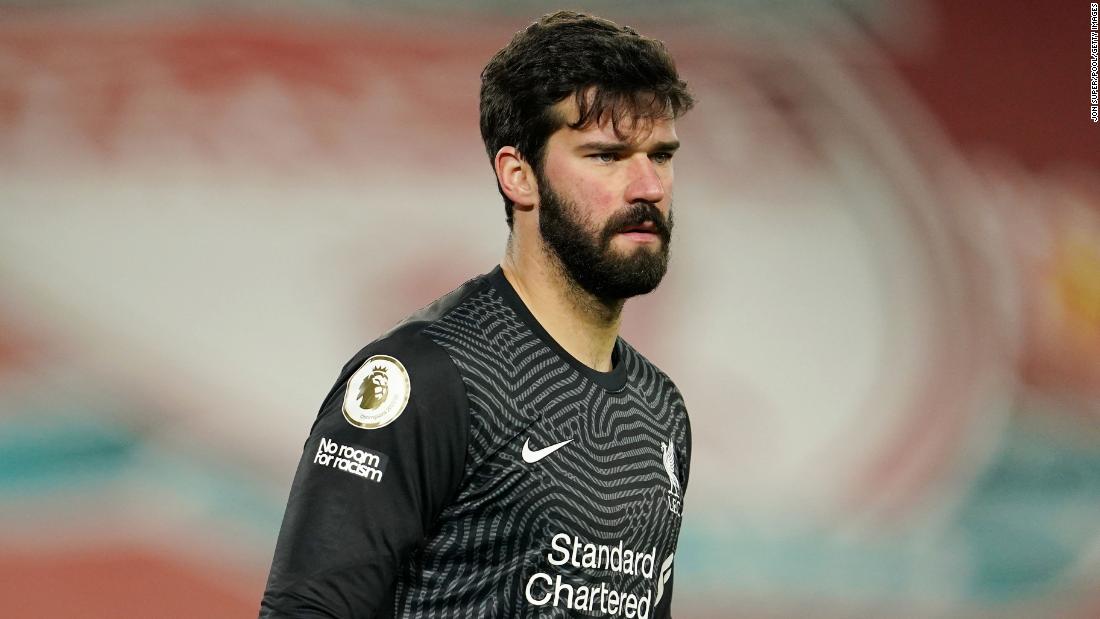 “We are deeply saddened by the tragic death of Alisson Becker’s father, Jose, in Brazil on Wednesday,” Liverpool said on its Twitter feed. The thoughts of everybody at the club are with @Alissonbecker and the Becker family at this incredibly sad and difficult time.”

“He [the father] was fishing and drowned,” Allison’s manager Zé Maria Neiss told CNN Brasil. “The family is in shock.”

A police inspector told Reuters that the 57-year-old Becker had been swimming at a dam on his property and no foul play was suspected.

Police called in the local fire brigade, according to CNN Brasil. CNN has reached out to local police for comment.

Alisson’s brother Muriel is also a professional footballer — and goalkeeper — and his Brazilian club Fluminense posted their condolences on Twitter.