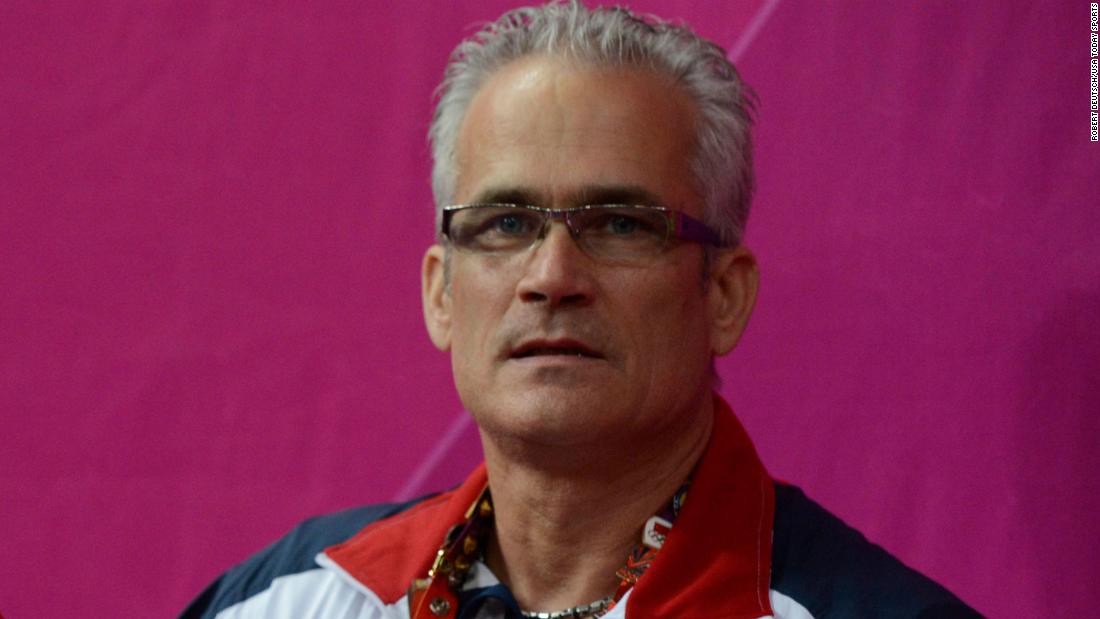 The 63-year-old was facing charges that included human trafficking, criminal sexual conduct and lying to a peace officer, a release from Nessel’s office read. Geddert had been expected to turn himself in and be arraigned on Thursday afternoon.

“My office has been notified that the body of John Geddert was found late this afternoon after taking his own life. This is a tragic end to a tragic story for everyone involved,” Nessel said in a statement.

CNN has reached out to her office for further comment.

Geddert was the former owner of Michigan’s famed Twistars Gymnastics Club. It was one of the places Larry Nassar, the disgraced former gymnastics physician, had admitted to sexually abusing young female athletes. Twistars has since been sold and renamed.

An attorney for Geddert, 63, did not immediately reply to a request for comment.

“It is alleged that John Geddert used force, fraud, and coercion against the young athletes that came to him for gymnastics training, for financial benefit to him,” Nessel said. “The victims suffer from disordered eating including bulimia and anorexia, suicide attempts and self-harm, excessive physical conditioning, repeatedly being forced to perform even when injured, extreme emotional abuse and physical abuse including sexual assault.”

CNN obtained a copy of the complaint, which says the alleged offenses stretch from 2008 to 2016.

Geddert was facing 14 counts of human trafficking-forced labor resulting in injury, six counts of human trafficking of a minor for forced labor, and one count each of continuing criminal enterprise, first-degree criminal sexual conduct, second-degree criminal sexual conduct and lying to a peace officer during a violent crime investigation.

The count of lying to a police officer stemmed from her office’s investigation into Nassar, Assistant Attorney General Danielle Hagaman-Clark said. However, Hagaman-Clark said Geddert was being prosecuted for his alleged behavior, not that of Nassar.

“What needs to be reported is that these charges against Mr. Geddert are for his actions and his actions alone. They have very little to do with Mr. Nassar,” she said. “Counts 1-20 that relate to human trafficking are for his behavior in the gym related to his coaching.”

Geddert sold ownership of the club in 2018.

Sarah Klein, who has identified herself as the first to be abused by former USA Gymnastics team doctor Larry Nassar, called John Geddart’s death by suicide an “escape from justice,” in a statement Thursday night.

“The bravery of Geddert’s many victims will stand for all time in stark contrast to his cowardice,” Klein’s statement read. “As a survivor and a mother of two young girls, my only comfort is in the knowledge that I can rest my head on the pillow every night knowing that John Geddert will never terrorize and abuse another child.”

In 2018, Nassar was sentenced to up to 175 years for his decades of abuse.
Even after USA Gymnastics fired Nassar in the summer of 2015, Geddert continued to support him. In September 2016, Geddert was quoted as saying Nassar is “an extremely professional physician” who “goes above and beyond” for his gymnasts.
In 2018, when it was announced Geddert was the subject of a police investigation, attorney Chris Bergstrom said “at this time, Mr. Geddert only wishes to convey his heart-felt sympathy to all victims of Larry Nassar’s abuse. Any further comments will distract from the victims’ statements at Nassar’s sentencing.
In January 2018, USA Gymnastics suspended Geddert. The organization did not detail why but cited a provision in the organization’s bylaws that allows interim measures to be taken to “to ensure the safety and well-being of the gymnastics community.”
The next month, Eaton County Undersheriff Jeffrey Cook said Geddert was the subject of an investigation after people came to authorities with complaints about the former coach.

At the time, Cook’s office wouldn’t comment on the type of complaints, type of investigation or how many people had come forward.

A year later, Michigan’s attorney general said her office had taken over the investigation of Geddert.

Wearables The News Article - May 15, 2021 0
A posterior lumbar interbody fusion involving the addition of bone graft to an area of the spine was a fairly long and invasive...