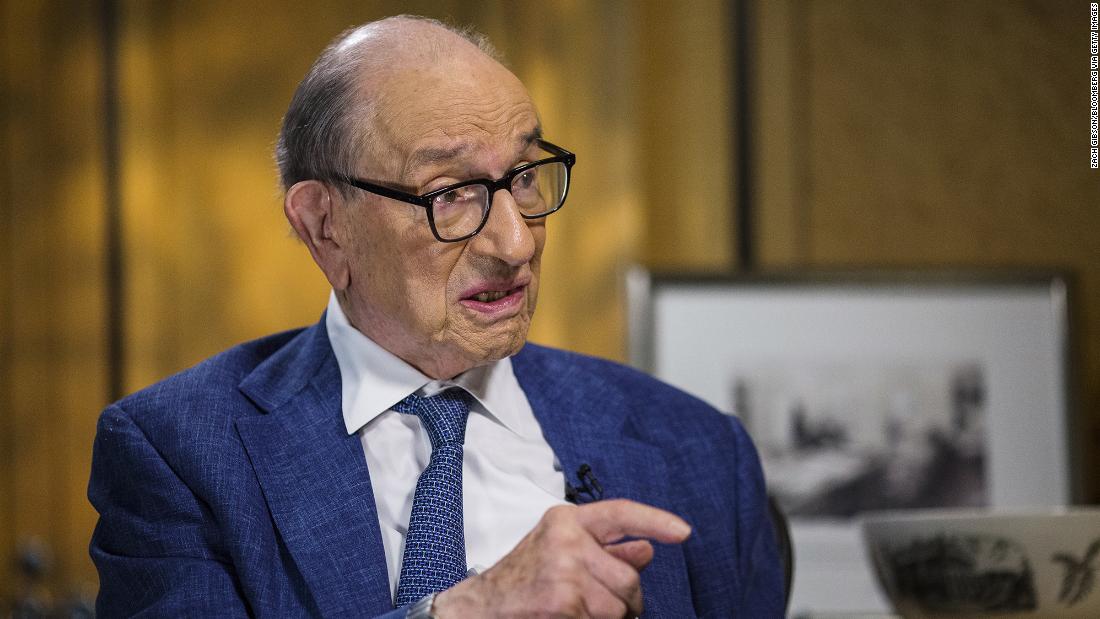 “I’ve never seen a particular situation during my professional experience anything like this,” the 94-year-old Greenspan told CNN’s Julia Chatterley on her show First Move on Thursday.

Although he wasn’t working in finance when he was a boy, he lived through the Great Depression.

Greenspan headed the Fed from 1987 to 2006, the second-longest tenure in that role. (He missed being first by four months.)

Although multiple drug makers have announced encouraging results from their vaccine trials, infection rates are still on the rise around the world, as well as in the United States.

Trying to forecast where the virus is going at this stage is little more than a guess, Greenspan said. It might be possible to get back to normal by next spring, he added, but only if the virus’s spread is controlled and stays that way.

Current Fed Chairman Jerome Powell has repeatedly said that the economy will fully recover only when the Covid-19 pandemic is under control. Even then, we likely won’t go back to the economy we knew before the pandemic hit.
Millions of Americans still need benefits to make ends meet because they have lost their jobs due to the crisis and are unable to find new ones.
The government spent trillions through the CARES Act in the spring, but Washington hasn’t been able to agree on any additional stimulus since then. This must change, Greenspan and many economists agree.
“I think Pelosi has a particular set of ideas to confront the problems right now in front [that] seem quite credible to me,” the former central banker said. “All they have to do is implement them.”

As long as there is general agreement that something needs to get done, passing a new stimulus package should be easy, Greenspan said. But in a situation this precarious, one should always ask what might go wrong.

“I’m not convinced at all that we have enough information to know how to deal with this type of problem,” Greenspan said, adding that there could be unintended consequences for society.

Economy out of recession, 0.4% growth in October-December – Times of India