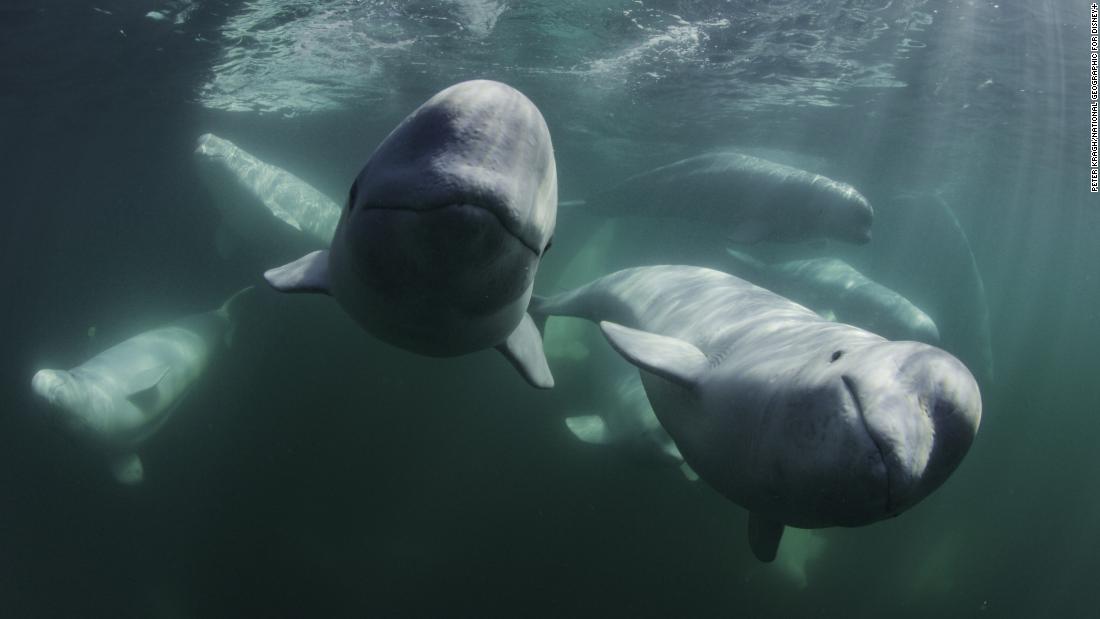 As shades of green go, “depressing” seems a little less prevalent this year, though it’s always an undercurrent of this annual programming wave, which seeks to vividly present nature and find rays of hope amid the gloom, while warning what will happen if the climate crisis goes unaddressed.

The latest crush of TV and movies devoted to Earth Day, which is officially marked on April 22, can be seen in the spectrum of projects scheduled, including a pair featuring 94-year-old naturalist David Attenborough, and two more involving 18-year-old activist Greta Thunberg, already profiled last year in the documentary “I Am Greta.”

Although most of the programs arrive on Earth Day, a few are getting an early jump, and one of the more interesting has already landed on Apple TV+: “The Year Earth Changed,” a BBC documentary — fronted by Attenborough — that charts the dramatic changes experienced across the globe as human activity slowed during the pandemic and animal life thrived.

Attenborough’s narration calls the effects “a global experiment of epic proportions,” one that saw “remarkable things start to change in the natural world: Clearer air. Cleaner waters. And animals starting to flourish in ways we hadn’t seen for decades.” The question, as he notes, is whether any of those lessons and gains can be advanced once humankind, and its harmful influence on the climate, rebounds to pre-pandemic levels.

Not to be outdone, Thunberg will be featured in “Greta Thunberg: A Year to Change the World,” a three-part documentary premiering April 22 on PBS; and “Action Planet,” a Discovery+ series about the environmental work of “high-profile changemakers,” among them Thunberg as well as Common, Jane Fonda, Matt Damon, Joseph Gordon-Levitt, and Adrian Grenier.

In a bit of Disney synergy, the ABC TV stations will team with National Geographic on “Our America: Climate of Hope,” a special featuring meteorologists focusing on the impacts of extreme weather and what can be done in the face of the climate crisis. CBS is tackling the issue across its news platforms under the heading “Eye on Earth: Our Planet in Peril.”

A by-no-means-comprehensive list of other Earth Day-related programming follows:

“Cher & the Loneliest Elephant” (April 22, Paramount+ in the US, Smithsonian Channel in the UK): Definitely one for the “star-studded” category, Cher becomes involved in an effort to save the “world’s loneliest elephant,” Kaavan, which involves moving the four-ton elephant more than 2,300 miles.

“2040” (April 22, CW): The CW will air documentary filmmaker Damon Gameau’s speculative examination of what life could look like 20 years from now, aimed at his young daughter.

“The Race to Save the World” (April 22, Virtual cinemas): Described as “a climate change film like no other,” director Joe Gantz’s documentary focuses on activists of various ages and backgrounds “in the trenches fighting for a livable future.”

“The Last Igloo”(April 19, BBC Select): Looking at igloos as a symbol of a way of life that’s being lost as snow and ice disappear.

“Through Greenland – With Nikolaj Coster-Waldau” (Topic): A five-part documentary featuring the “Game of Thrones” star, traveling his adopted country to reveal the effects of climate change.

Laptops The News Article - May 15, 2021 0
Apple ends the Space Gray era! Fans of Apple's ''space grey'' colour: the company is officially discontinuing the hue for its Magic Keyboards,...