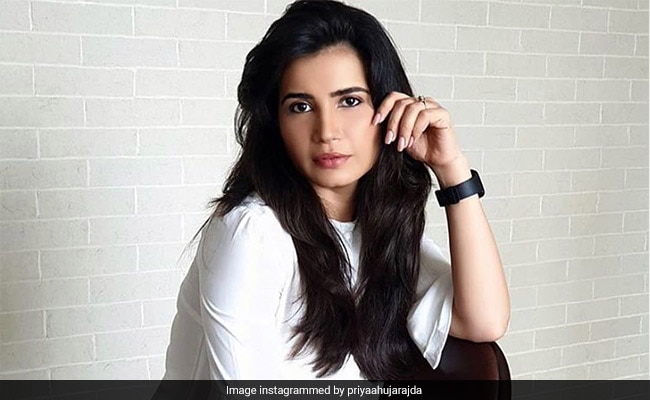 Taarak Mehta Ka Ooltah Chashmah actress Priya Ahuja tested positive for COVID-19, she announced in an Instagram post on Tuesday. The actress, who plays the role of reporter Rita Shrivastav in the SAB TV show, stated in her post that she wasn’t shooting the show and was at her home but still contracted the virus. She added that she is quarantining at her home and following the instructions given by doctors and the Brihanmumbai Municipal Corporation (BMC). “It’s my duty to inform you all that I have been tested COVID positive. I’m asymptotic, I’m doing okay! I’m following instructions provided by doctors and BMC. I’m in home quarantine. Incase if any of you came in touch with me in last 2-3 days, get yourself tested please,” wrote Priya.

She added: “I haven’t been shooting and was at home all this while, still got this virus.. keep yourself safe and don’t forget to wear the mask. Don’t take it lightly.” Priya also requested everyone to pray for her little son, who was born in November last year: “And please do keep me and my lil one in your prayers.”

Priya Ahuja is married to the director of Taarak Mehta Ka Ooltah Chashmah – Malav Rajda. The actress has also featured in the TV series Adaalat.

Priya Ahuja has also worked in the 2009 film The Stoneman Murders, which starred Kay Kay Menon and Arbaaz Khan in the lead roles, and in the 2010 film Accident On Hill Road.