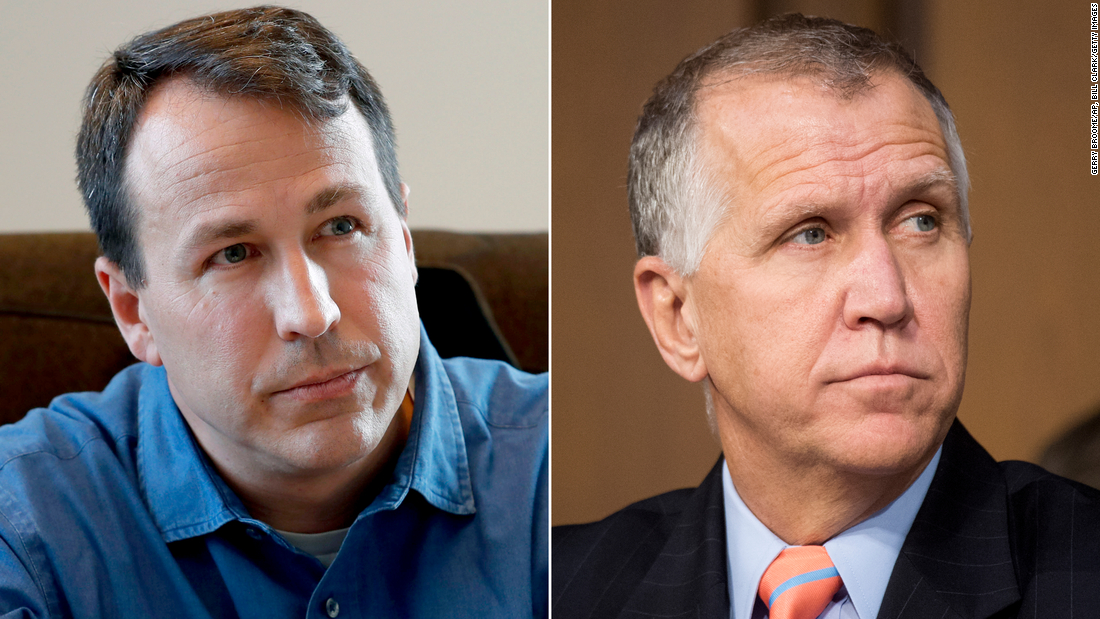 “I just called Senator Tillis to congratulate him on winning re-election to a second term in the U.S. Senate and wished him and his family the best in their continued service in the months and years ahead,” Cunningham said in a statement. “The voters have spoken and I respect their decision.”

While a race for a US Senate seat in Alaska has not yet been called, it’s expected to remain under GOP control, meaning Democrats’ only remaining chance for retaking the majority would be to win two expected runoffs for US Senate seats in Georgia on January 5.

The path to a Senate majority had already narrowed significantly for Democrats as Republicans have thwarted challengers in a number of red states where Democrats were hoping to make inroads. Tillis’ win against Cunningham, an Army reservist and former state senator, deals another blow to Democrats who had set their sights on the Tar Heel State as a top pick-up opportunity. Democrats poured a significant amount of money into the race in support of Cunningham, making him one of the top fundraisers of any Senate candidate in 2020.

Tillis had long struggled to consolidate the GOP base, but Republicans thought they caught a break with revelations late in the campaign of an alleged extramarital affair by Cunningham. The scandal gave Republicans a new line of attack in the closing days of the race and created a fresh opportunity for Tillis to go on the attack.

Democrats maintained voters were more interested in issues than the candidate’s personal life. And Cunningham, for his part, attempted to shift the focus back to protecting Americans’ health care during a pandemic.

Coronavirus injected itself into the race when Tillis, who was photographed not wearing a mask at a private White House reception for the President’s then-Supreme Court nominee, tested positive in early October. The senator had also previously been spotted not wearing a mask in August during the Republican National Convention. He later apologized, saying that he “fell short.”