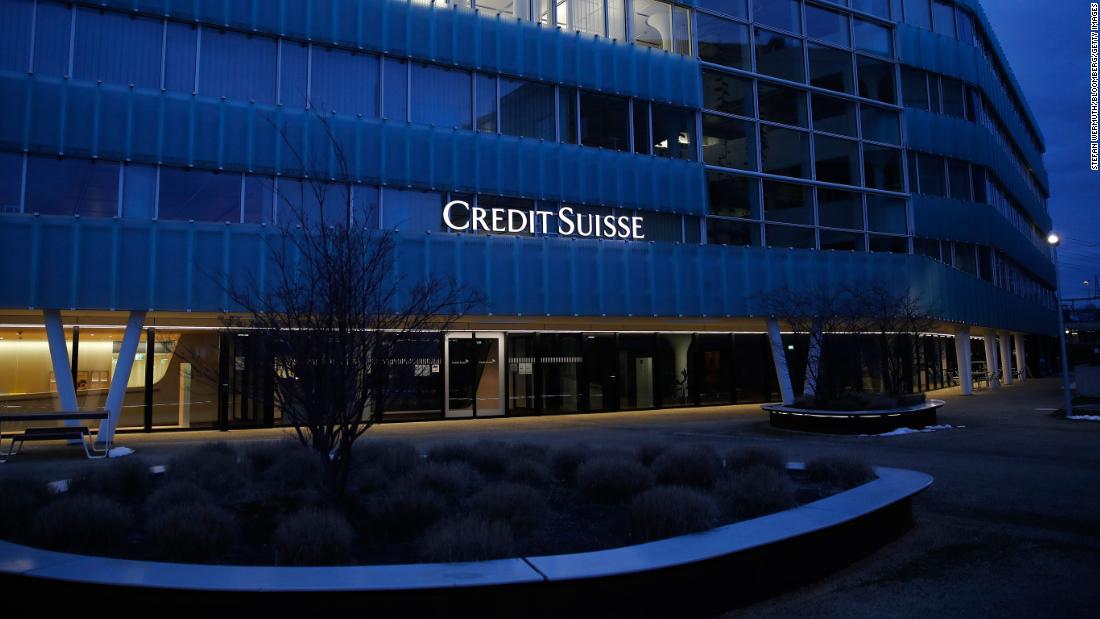 Credit Suisse (CS) said that its top investment banker Brian Chin and chief risk officer Lara Warner would both be leaving the bank. Other members of the executive board will not receive bonuses for the 2020 financial year, and board chairman Urs Rohner will give up 1.5 million Swiss francs ($1.6 million) in compensation.

Thomas Gottstein, who became CEO last year, will remain in his job.

“The significant loss … relating to the failure of a US-based hedge fund is unacceptable,” Gottstein said in a statement. “Serious lessons will be learned. Credit Suisse remains a formidable institution with a rich history.”

Credit Suisse also said it would slash its dividend and suspend share buybacks.

Credit Suisse said in a statement that its involvement with both Archegos and Greensill “require substantial further review and scrutiny.”

“The board of directors has launched investigations into both of these matters which will not only focus on the direct issues arising from each of them, but also reflect on the broader consequences and lessons learned,” it added.

— This is a developing story and will be updated

This $800 million whistleblower program is losing its top cop

The stock market is throwing a global party