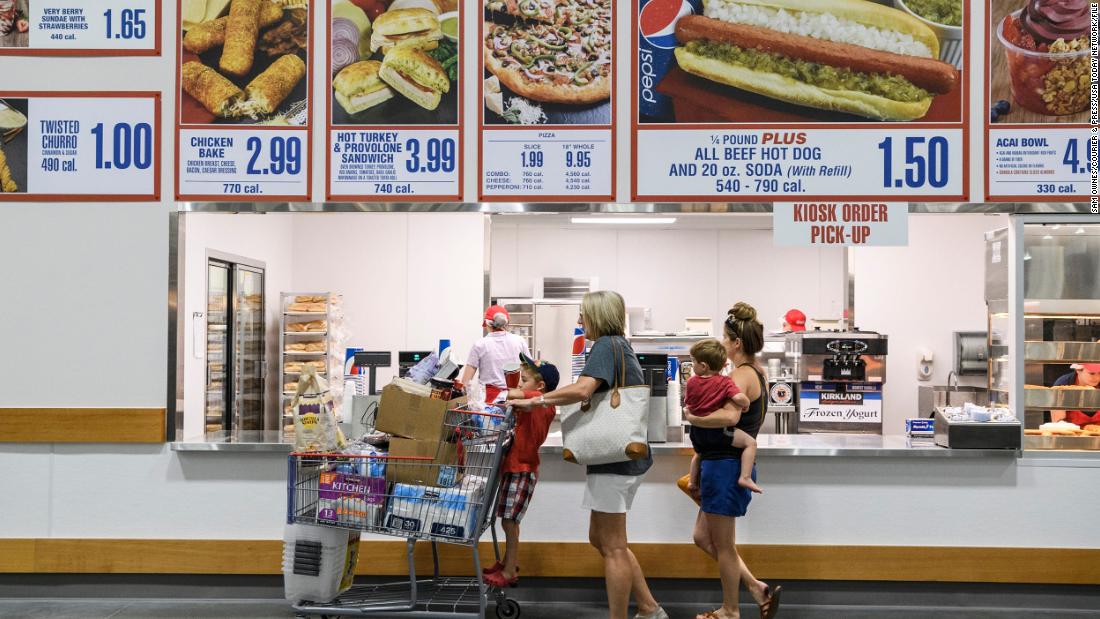 Costco shut down seating areas in food courts when the pandemic spread through the United States last March. It pared back the menu to hot dogs and pizza for takeout only.

Signs of life started to emerge in the summer when the chicken bake returned. Now, the return to normal is gaining steam. Costco (COST) recently began adding back ice cream and smoothies to the menu and is bringing back tables and chairs in stores that have outdoor seating areas. The company also is bringing back churros to the menu and plans to resume indoor seating as more states loosen Covid-19 safety restrictions.

Costco Chief Financial Officer Richard Galanti expects a full return for the food courts: “God willing. But it’s going to take some time,” he said in an interview Wednesday.

The company does not break out sales at food courts, but they are one of the perks that help persuade shoppers to dish out $60 or $120 for a Costco membership every year.

The food courts have gained a cult-like following over the years and become ingrained in pop culture. They have been referenced on TV shows like “Baskets” and “Modern Family.” Bloggers track the menu closely, ranking their top choices and noting any changes.

“The food courts work. They’re one of the things we’re known for,” Galanti said. “We’re pleased that they’re coming back.”

‘Known for that hot dog’

Food courts, anchored by the $1.50 hot dog-soda combo, are no gimmick at Costco.

“I know it sounds crazy making a big deal about a hot dog, but we spend a lot of time on it,” Costco co-founder Jim Sinegal told The Seattle Times in 2009. “We’re known for that hot dog. That’s something you don’t mess with.”

Costco puts the food courts inside stores near the entrances. In warmer areas, like Arizona or Southern California, they are outside, near the front.

“We want to catch you either on the way in or out of your Costco shopping experience. You leave the food court satisfied,” Galanti told CNN Business in a 2018 interview.

Stops at the food court get shoppers to hang around. That extra time increases the chance that they will make an unplanned purchase after they’re finished with their food.

And for Costco members who don’t want to spend money at the food court, there’s hope: Costco is also slowly bringing back food samples— another perk for members—to stores. It’s adding plexiglass stations at some stores where workers hand out prepared items like sandwiches, chips, cookies and crackers to customers one at a time.

Next, Costco will bring back cooked items for samples such as breakfast sandwiches, noodle dishes, and meatballs, Galanti said.

World News The News Article - April 19, 2021 0
For the prosecution, that means drilling home their concise argument that Floyd's death on May 25, 2020, was exactly what it appeared to...

Why learning Coding language is important? – Times of India

Education The News Article - April 19, 2021 0
Coding is considered as most desired skill of the 21st century and has become one of the highest paying and stable career option...