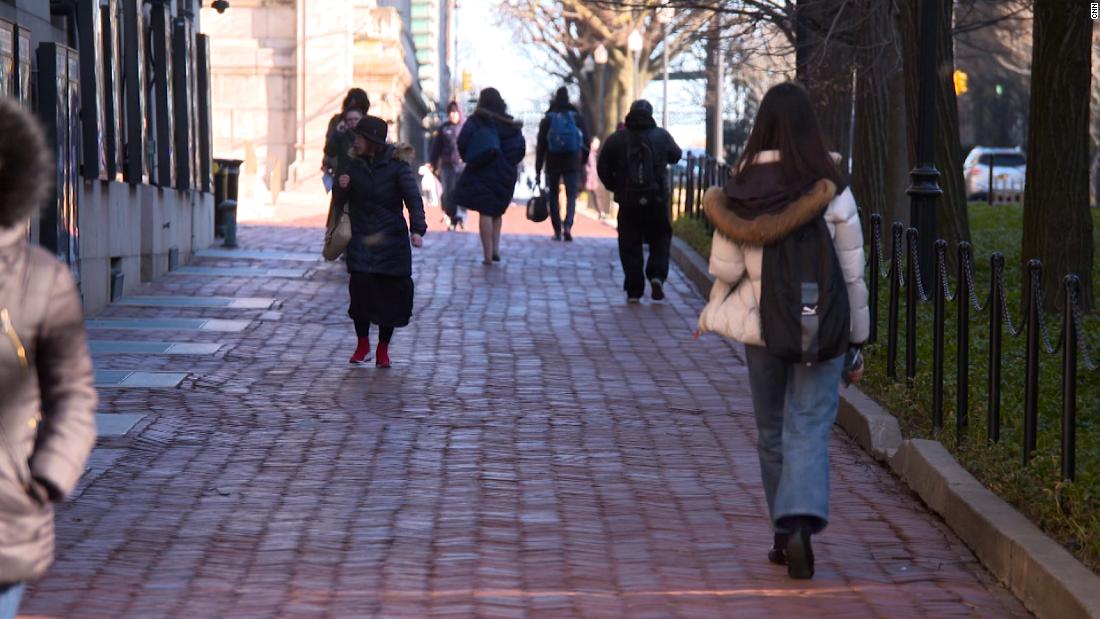 Many students today “aren’t getting access to … counselors to support them through the college application process and the financial aid application process,” says Mamie Voight, interim president at the Institute for Higher Education Policy. “We have had such deep inequities within our higher education system over the years and the pandemic has brought them into stark relief,” she continued.

Recognizing the added burden on students, many colleges have made standardized testing, like the SAT, optional. But this move, while making things easier for students, resulted in a massive surge in applications at some selective colleges.

“You might find more students applying to an Ivy League or a school like NYU because they feel like they have a chance (now that test scores are optional),” says MJ Knoll-Finn, senior vice president for Enrollment Management at New York University. NYU saw a 20% spike in enrollment this year. Harvard had a 42% increase and Colgate University received more than double (102%) the applications this year than last.

But Voight says these eye-popping numbers are the exception, not the norm. “The vast majority of students are enrolled at more … broader access larger public colleges across the country,” she says. “And for those institutions, they’re not seeing the same types of spikes in applications that the really selective schools are seeing.”

In fact, many colleges are seeing the opposite. Middlesex Community College in Massachusetts, with a student body that is 40% first-generation college students, saw a 10% enrollment drop last fall, and a further 18% drop this spring.

The school tried to stem the losses by making it easier for students to attend. “We extended registration deadlines,” says James Mabry, president of Middlesex Community College. “We forgave as much debt as we could afford to do for students. We allowed students longer time to pay off any expenses they had from previous semesters. We brought in more scholarship money, our foundation stepped up and offered additional help for students.”

At the end of the day, it wasn’t enough. Mabry said their students, many of whom have been hit hard financially by the economic impact of the pandemic, simply had to choose between their basic necessities and their education. “They’ve been out of work for some time, they’re broke. And many of them are just struggling to put food on the table … their goals, their dreams, their aspirations for an education and a better life have been quite rudely pushed off the table at this point.”

Application data shows a similar trend throughout the country. “One of the measures for how many students are applying for college next year is … financial aid applications,” says Voight. “Those data are showing that the number of new students is down by almost 10% for next year. And the largest declines are in schools with high proportions of low-income students or students of color, again, deepening the inequities in college access that existed before the pandemic.”

Those declines are being seen the most at community colleges, which traditionally play a vital role as a steppingstone to a career or a traditional four-year college. The worry now is whether those potential students will ever return. “Americans who can benefit the most from the mobility that a higher education provides are the least likely to be able to attend college right now,” Voight said. “That’s a problem for all of us today and for generations ahead.”