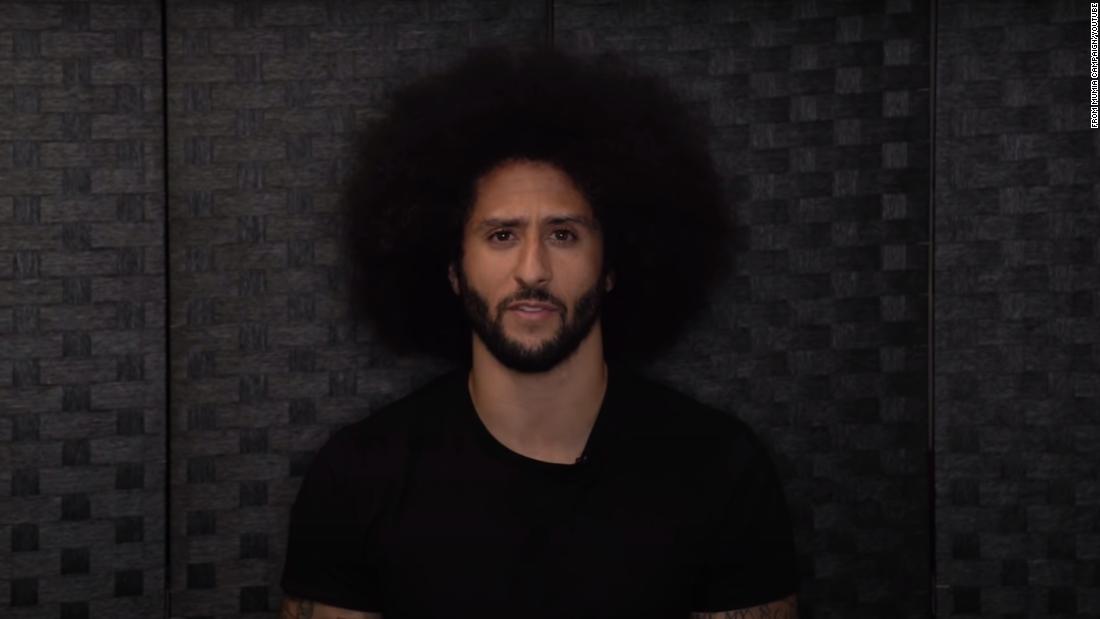 Kaepernick publicly expressed support of the release of Mumia Abu-Jamal at a virtual conference this week. Abu-Jamal was convicted of killing a Philadelphia police officer in 1981. He has served 38 years of a life sentence at a southwest Philadelphia prison thus far.
“When I was invited to speak on behalf of Mumia, one of the first things that came to mind was has been how long he’s been in prison,” Kaepernick said at the conference. “How many years of his life has been stolen away from him, his community and his loved ones? Mumia has been in prison longer than I’ve been alive.”

Kaepernick quotes Abu-Jamal’s own writing, describing his sentence as a “second by second assault on his soul.” He referenced the Black Lives Matter movement during his speech.

“Today we’re living through a moment where it’s acceptable to paint ‘end racism now’ in front of the Philadelphia Police Department’s 26th district headquarters, and yet a political prisoner who has since the age of 14 dedicated his life to fighting against racism, continues to be caged and lives his life on a slow death row,” Kaepernick said. “We’re in the midst of a movement that says Black Lives Matter. And if that’s truly the case, then it means that Mumia’s life and legacy must matter.”

Other speakers at the conference included Angela Davis and Linn Washington Jr.

Who is Mumia Abu-Jamal?

Abu-Jamal, formerly known as Wesley Cook, was convicted of shooting police officer Daniel Faulkner after Faulkner had reportedly pulled over Abu-Jamal’s brother during a late-night traffic stop in 1981.

Abu-Jamal and his supporters have maintained his innocence since the conviction, stating that procedural errors, a lack of Black jurors and racism all contributed to his sentencing. During the conference, Kaepernick said that Abu-Jamal had been “framed.”

“Since 1981, Mumia has maintained his innocence,” Kaepernick said. “His story has not changed. Mumia was shot, brutalized, arrested and chained to a hospital bed. The first police officer assigned to him wrote in a report that ‘The Negro male made no comment,’ as cited in Philadelphia magazine. Yet 64 days into the investigation, another officer testified that Mumia had confessed to the killing.”

However, the authorities are just as confident that Abu-Jamal is guilty.

“There has never been a doubt in my mind that Mumia Abu-Jamal shot and killed Officer Faulkner, and I believe the appropriate sentence was handed down in 1982,” a prosecutor told CNN in 2011.
Since his conviction, Abu-Jamal has written numerous books, essays and was the subject of several documentaries. He is also a correspondent for PrisonRadio.org and was invited to speak to a graduating class at the Goddard College in Vermont in 2014.
“It’s a disgrace that you have to even hear his voice. My husband has been dead for 32 years and his voice was taken from him by Abu-Jamal,” widow Maureen Faulkner told CNN in a phone interview in 2014.
A dedicated Facebook page for Faulkner, with over 17,000 followers, also criticized Kaepernick for his comments.
“The video shows Kaepernick truly has no knowledge on the true facts and evidence of his conviction,” the post reads. “The ignorance of Kaepernick is a disgrace.”

World News The News Article - March 7, 2021 0
The West Virginia Democrat played a key role in the Senate's passage of the $1.9 trillion relief package on Saturday, having agreed to...