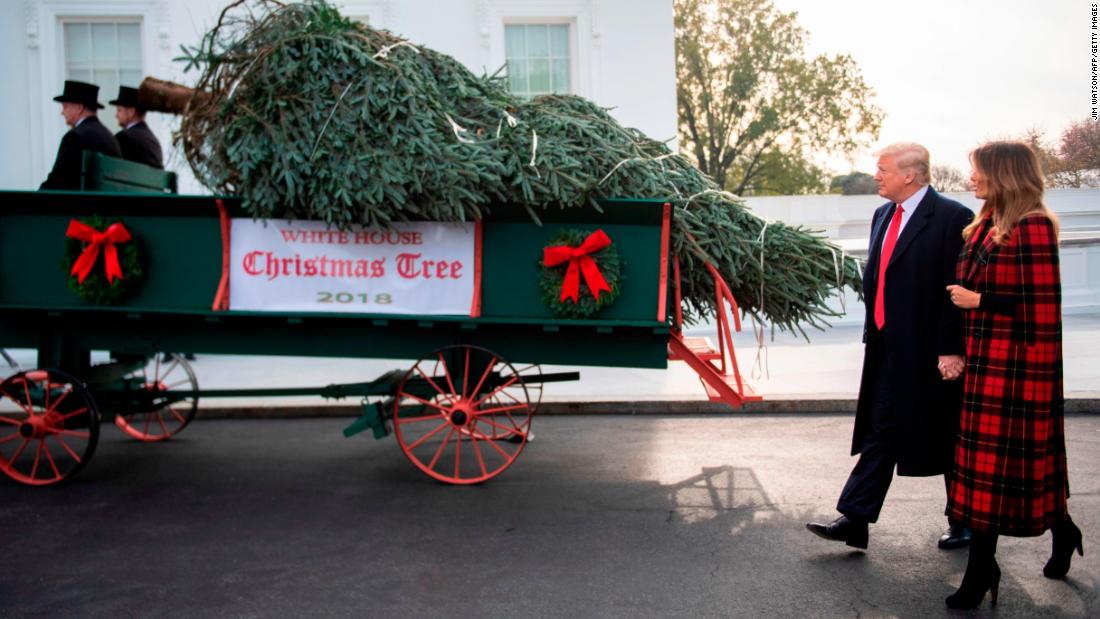 Melania Trump’s office on Thursday announced the first lady will welcome the Official White House Christmas Tree to the White House on Monday. As has been the tradition since 1966, the first lady plans to greet the tree as it arrives by horse-drawn carriage to the North Portico of the White House, ultimately to be erected in the Blue Room on the State Floor.

This year’s tree is an 18.5-foot Fraser Fir from West’s Tree Farm in Lebanon, Oregon, according to the statement.

Traditionally, dozens of volunteers from across the country spend several days at the White House after Thanksgiving, decking the halls and putting finishing touches on the extensive holiday decorating that must take place across several public spaces and rooms.

Melania Trump, as she has done the last three years, started planning her “design theme” in late summer for the holidays. This year, however, the number of volunteers selected to adorn the White House was dramatically scaled back due to Covid-19 guidelines, as will be the tour groups who come to see it.

When volunteers do arrive to begin the work of installing ornaments, wall décor, lights and garlands, they will wear masks and remain socially distant, per White House rules outlined in the volunteer application form. Touring guests will also be required to wear face coverings and be socially distant.

On Wednesday, CNN reported another holiday tradition will go on, despite the turmoil of a White House in limbo. Next Tuesday, Trump will presumably be seen in public again, for an audience with two turkeys hoping to receive a presidential pardon as part of the annual White House Thanksgiving ritual.

Opinion: The great news from the CDC

World News The News Article - March 9, 2021 0
Each of these documents required countless hours and lots of haggling. When all was said (much was said) and done (not so much...

World News The News Article - March 9, 2021 0
Prude, a 41-year-old Black man, died last year in police custody. He was having a mental episode when officers handcuffed him, covered his...