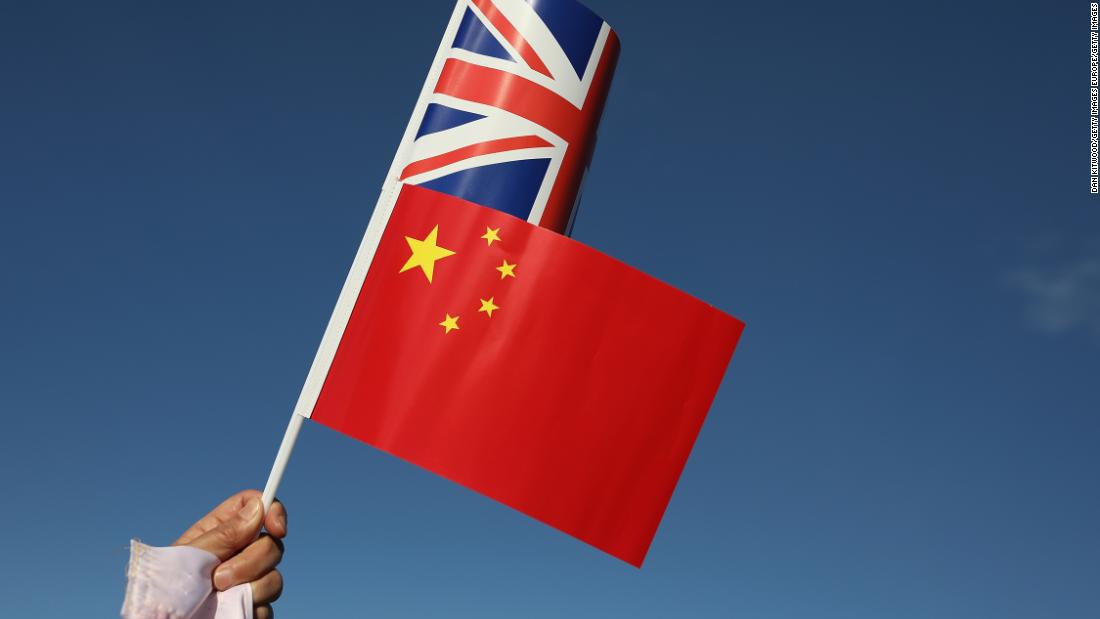 “This move, based on nothing but lies and disinformation, flagrantly breaches international law and basic norms governing international relations, grossly interferes in China’s internal affairs, and severely undermines China-UK relations.”

“China is firmly determined to safeguard its national sovereignty, security and development interests, and warns the UK side not go further down the wrong path,” the Chinese foreign ministry statement said. “Otherwise, China will resolutely make further reactions.”

The individuals concerned and their immediate family members are prohibited from entering mainland China, and Hong Kong and Macao. Their property in China will be frozen, and Chinese citizens and institutions will be prohibited from doing business with them, according to the foreign ministry statement.

The UK’s ambassador to China has also been summoned by Beijing, to lodge what it described as “solemn representations, expressing firm opposition and strong condemnation.”

On Twitter, UK academic Smith Finley said she had been sanctioned “for speaking the truth” about Xinjiang “and for having a conscience.”

“I have no regrets for speaking out, and I will not be silenced,” she added.

The measures come after the UK, in coordination with the European Union, Canada and the United States, announced new sanctions Monday over Xinjiang, targeting those responsible for the crackdown there.

“These actions demonstrate our ongoing commitment to working multilaterally to advance respect for human rights and shining a light on those in the (Chinese) government and (Communist Party) responsible for these atrocities,” US Secretary of State Antony Blinken said following the move.

Speaking Monday, Chinese foreign ministry spokeswoman Hua Chunying said “for a long period, the US and the West wantonly interfered in other countries’ domestic affairs by using democracy and human rights as an excuse.”

Chinese feminists are being attacked online by nationalist trolls. Some refuse to be silenced

Chinese feminists are being attacked online by nationalist trolls. Some refuse to be silenced