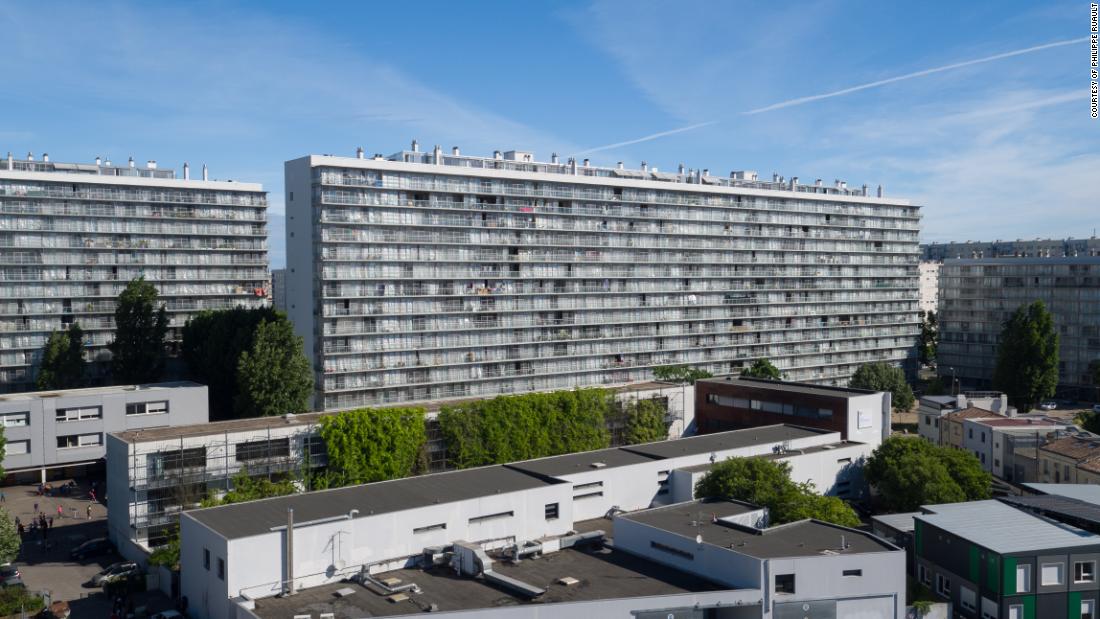 Anne Lacaton and Jean-Philippe Vassal, known for transforming and revitalizing neglected buildings across France, have been named winners of architecture’s equivalent to the Nobel Prize.

The duo, whose “never demolish” ethos has given new life to pre-existing urban architecture, will be awarded the 2021 Pritzker Prize at a ceremony later this year, organizers announced Tuesday.

Born in France and Morocco, respectively, Lacaton and Vassal met as students in Bordeaux before co-founding the Paris-based practice Lacaton & Vassal in 1987. Together, they have designed a number of major cultural and educational buildings, including the Nantes School of Architecture’s riverside campus, completed in 2009, and an ambitious 2012 expansion of the Palais de Tokyo art gallery in Paris, which saw the museum increase in size by 20,000 square meters (215,000 square feet).

But it is their work renovating France’s post-war social housing buildings that has attracted the most industry plaudits, including the Global Award for Sustainable Architecture and the prestigious Mies van der Rohe Award. Their 2004 “Plus” manifesto, authored alongside architect Frédéric Druot, lobbied the French government to refurbish, rather than raze, the country’s public housing with the mantra: “Never demolish, never remove or replace, always add, transform, and reuse!”

The approach has resulted in the rejuvenation of several major residential blocks threatened with demolition, as French urban planning policies in the 2000s sought to knock down and rebuild aging public housing projects rather than improving them. In 2011, Lacaton, Vassal and Druot completed the transformation of the Tour Bois le Prêtre, a rundown 1960s residential project in northern Paris. By replacing the building’s facade, the architects not only increased the square footage of each of the 96 units, but also added modern features such as terraces and large windows.

The trio later completed a large-scale overhaul of another social housing development in Bordeaux, modernizing and expanding its 560 apartments without displacing its current residents. According to a press release announcing 2021’s Pritzker laureates, their work was completed at a third of the cost of demolishing and rebuilding the three blocks from scratch.

Demolition an ‘act of violence’

Lacaton and Vassal’s other large-scale renovation projects in France have also seen them convert an old factory into a private residence in Bordeaux and a disused shipbuilding workshop into a gallery and office space in Dunkirk.

“Transformation is the opportunity of doing more and better with what is already existing,” Lacaton is quoted as saying in a press release announcing this year’s Pritzker laureates. “The demolishing is a decision of easiness and short term. It is a waste of many things — a waste of energy, a waste of material, and a waste of history. Moreover, it has a very negative social impact. For us, it is an act of violence.”

First awarded to the celebrated modernist Philip Johnson in 1979, the Pritzker Prize recognizes the work of a living architect, or architects, who display a combination of “talent, vision and commitment,” according to organizers. Though it has traditionally been awarded to a single architect, several duos have taken home the prize in recent years, beginning with Jacques Herzog and Pierre de Meuron in 2001.

The award judges said that Lacaton and Vassal’s approach reinvigorated “the modernist hopes and dreams to improve the lives of many.” The jury citation continued: “They accomplish this through a powerful sense of space and materials that creates architecture as strong in its forms as in its convictions, as transparent in its aesthetic as in its ethics.”

The 10-person judging panel — which included architects, educators and an associate justice of the US Supreme Court, Stephen Breyer — also credited the pair for having “expanded the notion of sustainability,” saying that the two architects “refuse any opposition between architectural quality, environmental responsibility, and the quest for an ethical society.”

Jury chair Alejandro Aravena, himself a Pritzker laureate in 2016, meanwhile said in a press statement that Lacaton and Vassal are “radical in their delicacy and bold through their subtleness, balancing a respectful yet straightforward approach to the built environment.”
Though the vast majority of Lacaton and Vassal’s work has taken place in France, they have also worked on projects in Switzerland and Senegal, where a hotel designed by their firm is currently under construction.

A short history of the world’s tallest buildings