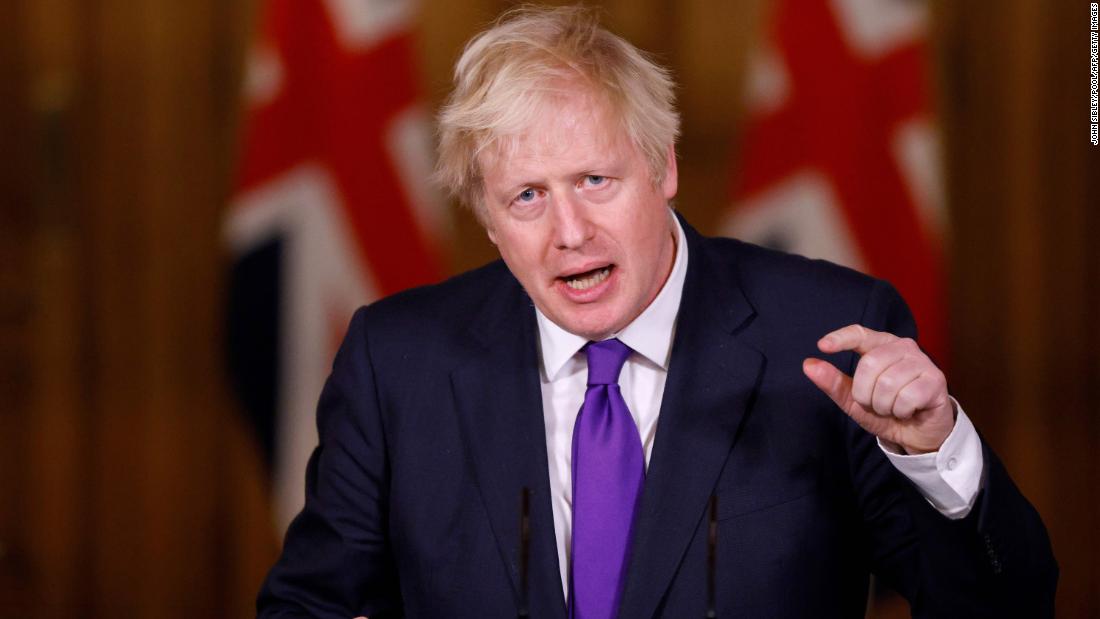 China has become a hot issue in British politics over the past 12 months, as lawmakers and activists have become aware of how much the UK relies on a country that stands against many of the things that it claims to uphold. And many in London are worried that Prime Minister Boris Johnson has neither the time nor imagination to adequately handle one of Britain’s greatest foreign challenges.

Johnson’s government recently published a review of the country’s post-Brexit foreign affairs, in which it was noted that China “will contribute more to global growth than any other country in the next decade,” and economies such as the UK will “need to engage with China and remain open to Chinese trade and investment.” It also, not unreasonably, points out that if global challenges like climate change are to be adequately addressed, the international community will require Beijing’s cooperation.

However, the report also acknowledges in tempered language that China is a “systemic competitor” and “the biggest state-based threat to the UK’s economic security.”

This has left many in the UK wondering exactly where Johnson’s head and heart lie when it comes to what he admits is the likely the greatest challenge to Western democracy.

Even those who’ve worked closely with Johnson struggle to present a single view of his stance.

Guto Harri, Johnson’s former director of communications during his time as London mayor, points to their trips to Beijing in 2008, as Johnson took the Olympic and Paralympic flags back to London in preparation for the 2012 Games, as partly informing his view of the country.

“It was a strange time to be in China. We were there on September 17, just two days after Lehman Brothers had filed for bankruptcy,” Harri said. “There was a striking juxtaposition between the collapse of a huge American bank while China was dazzling the world with its show of strength.”

However, he felt Johnson was not as smitten as others in the UK: “When one of us said how amazing the ceremony had been, Boris said ‘yes, if you like humanity being reduced to speckles of light in a kaleidoscope.’ He instinctively didn’t like the uniformity of the communist state.”

This story tallies with the view his allies are putting forward: that Johnson sees the need for a balanced approach to China that doesn’t discourage global trade but reduces the reliance on Chinese-state backed investment and technology.

China has systematically become a leader in the technologies of the future while also investing in other nations’ infrastructure projects. Simultaneously, it has become one of the most sophisticated rivals to the West in terms of cyber warfare, creating the problem that if you want to take advantage of cheaper Chinese 5G technology, or other innovations, you do so at the alleged risk of Beijing stealing state secrets and intellectual property.

Though the Chinese government has repeatedly and vehemently denied these accusations, British lawmakers are well aware of the apparent conundrum. In the last decade, the UK has become reliant on China for a variety of critical infrastructure.

The state-owned China General Nuclear Power Corporation has a 33.5% stake in the UK’s under-construction Hinkley Point C nuclear power station and has invested in other future nuclear projects. China National Offshore Oil Corporation also claims that it provides “more than 25% of the UK’s oil production, and 10% of the country’s energy needs.”

And despite the UK’s plan to remove equipment made by the Chinese tech giant Huawei from the nation’s 5G network by 2027, those networks are already up and running.

On top of this, British investment in China has grown significantly post-Brexit. The Royal United Services Institute (RUSI) published a report last year showing that in 2018, investment from the UK to China grew 150% to $2.9 billion on the previous year.

Despite the wishes of hawks, China is a reality that Britain cannot wish away, as much as some critics of Beijing believe Johnson is on their side.

People who worked with Johnson during his stint as foreign secretary say there was nothing to suggest he was a Sinophile. During two years in the job, Johnson visited India, Japan, Australia, New Zealand, but never China. This, according to those familiar, annoyed Chinese diplomats who were eager to point out China invested more in the UK than any other European nation.

China hawks might also take comfort in the recently published review and its commitment to lead a global ocean deployment that will visit the Indo-Pacific with the US and other allies — a move that will doubtless irritate Beijing, which has accused Washington of attempting to sow discord in the region .

However, there is equally compelling evidence of the Prime Minister’s fondness for China. Leaving aside the kind words he has written as a columnist for the Daily Telegraph (at the height of the avian flu crisis, Johnson wrote that the “emergence of China and its integration into the world economy has been a major spur to growth and a deterrent to inflation. It is an unalloyed good”), members of his family have strong ties to China.
His father, Stanley, met with the Chinese ambassador in early 2020 to discuss China’s role in climate change and conservation. According to the embassy’s website, the elder Johnson complimented China’s “achievements in environmental protection and ecological conservation,” and its “outstanding contribution to addressing global climate change.”

Whatever the Prime Minister’s true feelings toward China, the UK is a long way from having a coherent, long-term strategy for balancing relations. Johnson’s recent condemnations might suggest a more hostile tone, but critics note that right now, criticism is caveated with the need to trade and cooperate.

“There hasn’t been a huge amount of concrete policy that actually impacts China,” said Benedict Rogers, a Conservative Party activist and adviser to the Inter-Parliamentary Alliance on China. “The offer of British National Overseas passports to Hong Kong citizens and sanctions on Chinese officials attracted Beijing’s ire, but China is used to being criticized while carrying on as normal.”

Rogers added that Johnson’s government has a habit of trying to “have its cake and eat it” and thinks this is ultimately its approach to China.

“Talking about banning individual companies like TikTok or Huawei is a bit of a distraction. The only way to contain China is a unified Western response and to build up our own capacity in things like artificial intelligence and biotechnologies,” he said. “For Britain, that means facilitating conversations between Europe, the US and other democracies on how we regulate things like data and other new technologies.”

Johnson has long claimed that the UK’s post-Brexit prosperity would be built on trading relations with the wider world. In that context, the country cannot ignore China and could soon be forced into a corner.

“It is likely that over the next decade or so, as China becomes more dominant, a narrative will emerge where countries will be presented with a choice between the US-led West and China. Whether that choice is real or not, it could easily be presented that way,” Lidington said.

The European Union’s “strategic autonomy” objective is aimed at avoiding just that, by walking a middle road using the might of its single market and regulatory powers to remain independent of the two hyperpowers. But having quit the bloc, the UK is no longer part of that ecosystem and cannot leverage its power.

Acting as a bridge between Europe and America on cooperation in the technology arms race could be a natural role for the UK. However, balancing this with leaving the door open for Chinese investment will require not only complicated international diplomacy, but careful handling inside Johnson’s own Conservative party.

“There is a divide in the party. There are those who understand that completely cutting off China would be damaging and those for whom China, post-Brexit, is a new and important dimension to determine our place in the world,” said Salma Shah, a former government adviser. “Downing Street must seriously consider how it will present even an early strategy in a way that satisfies both sides.”

Johnson has made a career out of keeping people guessing as to what he really thinks, and the post-Brexit reality presents him with a world of both new opportunity and new dangers.

When it comes to China, both opportunity and danger are hurtling towards him faster than he could have ever imagined. If he’s to win the confidence of his loyalists at home and allies overseas, he may need to drop the cake-ist politics that have previously served him so well, and start putting some solid ideas for tackling China at a global level on the table. The future of his country could depend on it.

Princes William and Harry walk together after grandfather’s funeral

Live updates: The funeral of Prince Philip, the Duke of Edinburgh

The Order of Service for the funeral of Prince Philip, Duke of Edinburgh, in full

UK prepares for funeral of Prince Philip, Duke of Edinburgh

Opinion: Holding the line against Russia in Ukraine

Top Stories The News Article - April 21, 2021 0
Overtly and covertly, directly and through proxies, Russian aggression is a truly existential concern to our country. If Russia's latest move was a...