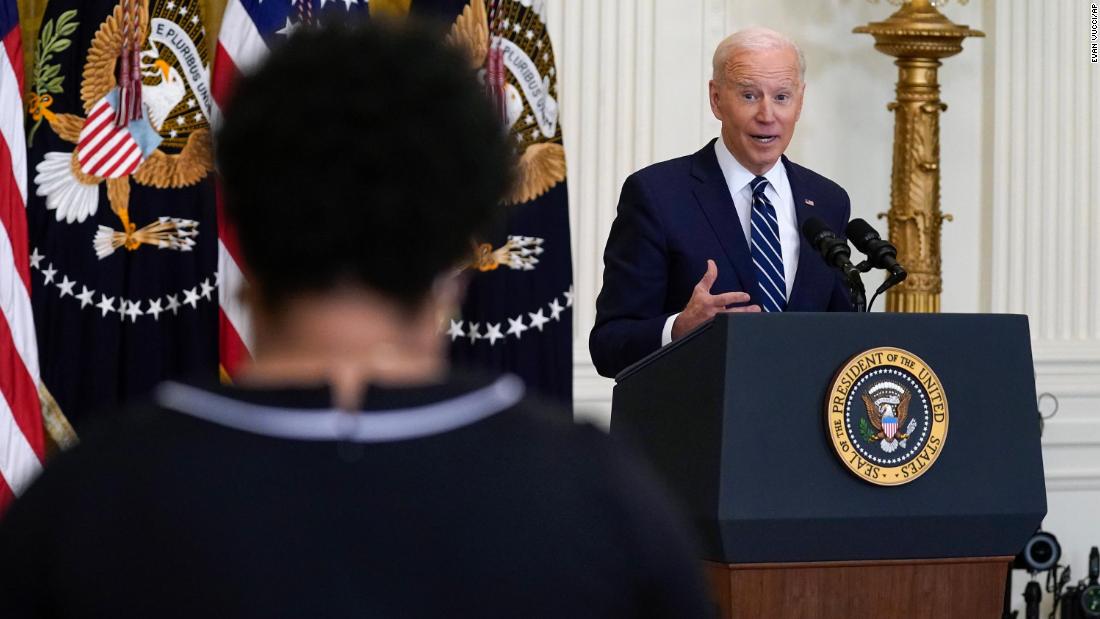 Biden has been wrestling with a May 1 deadline to withdraw all US troops from the country under a deal between President Donald Trump and the Taliban, with his top diplomat consulting intensely this week with allies on the issue.

The administration is considering a six-month extension, CNN has reported.

“We are not staying for a long time. We will leave,” Biden said, speaking to reporters in his first press conference as President. “The question is when we leave.” He added that, “it’s going to be hard to meet the May 1 deadline just in terms of tactical reasons.”

The President, who has long advocated for winding down the 20-year war in Afghanistan, has been weighing withdrawal against the prospects of a Taliban takeover, amid ongoing violent attacks by the group.

Asked if he saw US troops present in Afghanistan next year, Biden said, “I can’t picture that being the case.”

Biden pointed to two senior administration officials who have been consulting with allies and the Afghans on the path forward on Afghanistan.

Secretary of State Antony Blinken returns to the US Thursday after two days of meetings with NATO allies that involved in-depth consultations about the way forward on Afghanistan.

Defense Secretary Lloyd Austin flew secretly to Afghanistan over the weekend to meet with Afghan officials.

“We’ve been meeting with our allies, those other nations that have NATO allies who have troops in Afghanistan as well,” Biden said. “And if we leave we’re going to do so in a safe and orderly way.”

On Wednesday, Blinken said that he had briefed Biden on NATO allies’ views. “I think that’s going to be an important factor in informing his thinking about the way forward,” Blinken said. “We went in together, we adjusted together, and, when the time is right, we will leave together.” Blinken added that, “whatever we end up doing again is going to be informed by the thinking of our allies, and tactical decisions aside, we’re united with those allies.”

“It is not my intention to stay there for a long time. But the question is, how, in what circumstances, do we meet that agreement that was made by President Trump to leave under a deal that looks like it’s not being able to be worked out to begin with,” Biden said. “How has that done, but we’re not staying a long time.”

While Biden and his national security team mull over how and when to withdraw US troops, President Ashraf Ghani is planning to reject a US proposal that the Afghan government enter an interim power-sharing agreement with the Taliban, according to two sources familiar with the discussions.

Ghani is looking to present a counter proposal during UN-led meetings to speed up the Afghanistan peace process in Turkey early next month, and will suggest that another round of presidential elections be held within six months, the sources said.

Ghani’s rejection of the US proposal, which Blinken laid out in a letter earlier this year, and the ongoing ambiguity and conflict over the future of the political leadership in Kabul after the US leaves further complicates the situation for the Biden administration.
Reuters was first to report Ghani’s plan to reject the proposal for an interim government.