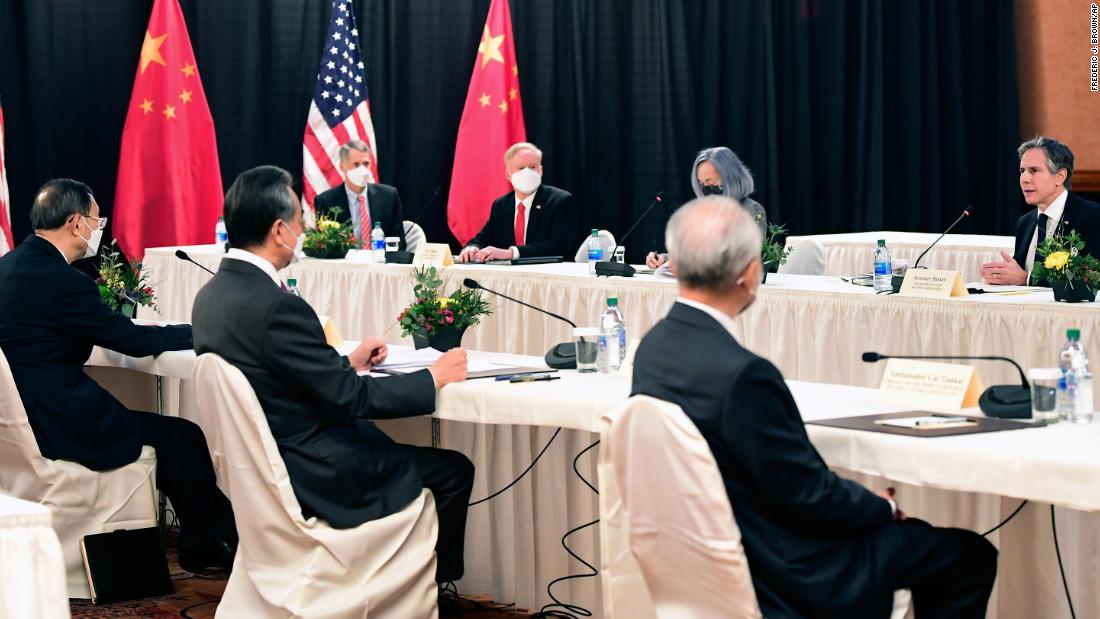 “I’m very proud of the secretary of state,” Biden said when asked by reporters on the South Lawn for his reaction to the first day of talks, which started with a blistering exchange on Thursday in Anchorage, Alaska, and continue Friday.

The extraordinary interaction unfolded in front of reporters at the start of Thursday’s meetings when Chinese officials ignored protocol to rebut Blinken’s description of Washington’s “deep concerns” about some of China’s actions and vociferously criticize the US, the state of its democracy and domestic racial tensions. Blinken then brought the cameras back into the room to offer his own, unscripted rebuttal from the Chinese officials.

By evening, the Chinese had accused the US delegation of being “condescending” in its tone, while a US official said the representatives from Beijing seemed “intent on grandstanding.”

The President’s endorsement sends a strong signal to the Chinese that the tone struck at Thursday’s meeting — a forceful US critique of China’s behavior domestically in places like Xinjiang and overseas, as well as Blinken’s pushback — has the full backing of the administration and that US officials are speaking with one voice.

Even as the Biden administration draws this line, in part an attempt to clearly distinguish themselves from the Trump administration’s less united approach to Beijing, they have also repeatedly stressed that they are ready and willing to work with China on areas of mutual interest and concern.

Behind closed doors and after the public clash, a senior administration official said, “after the pool spray, Secretary Blinken opened the discussion, and both sides immediately got down to business,” and added that the first session of talks “was substantive, serious, and direct.”

“We used the session, just as we had planned, to outline our interests and priorities, and we heard the same from our Chinese counterparts,” they said.

“In fact, the discussion went well beyond the 2 hours we had allotted,” the official said in a statement to the press.

The two sides held a second round of talks Thursday evening, with a third and final session scheduled for Friday.