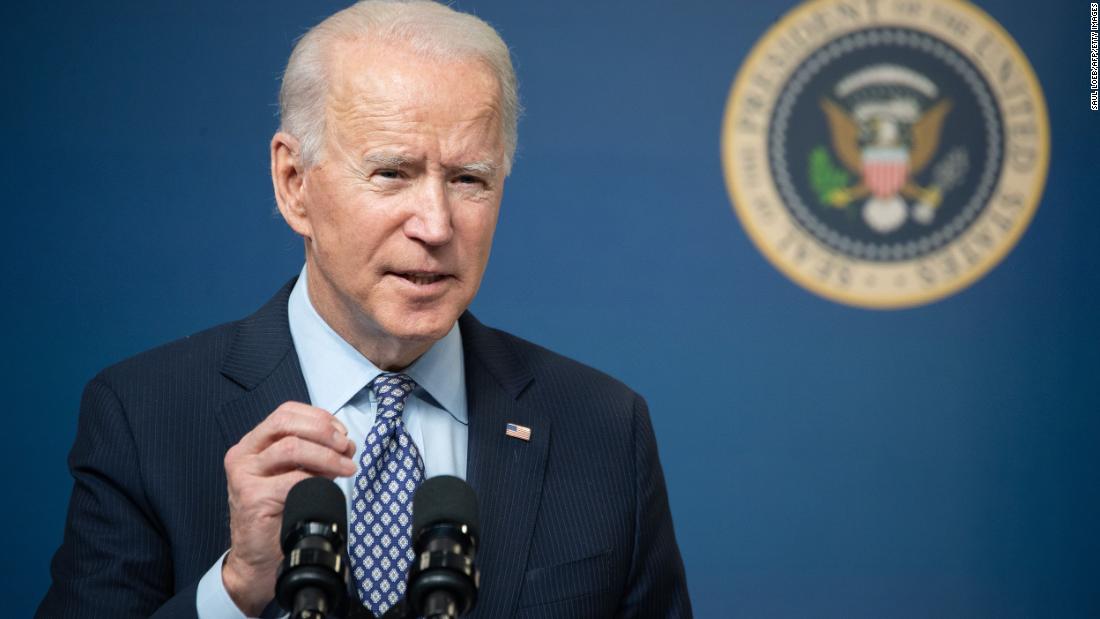 The choice not to punish Prince Mohammed directly puts into sharp relief the type of decision-making that becomes more complicated for a president versus a candidate, and demonstrates the difficulty in breaking with a troublesome ally in a volatile region.

Two administration officials said sanctioning MBS was never really an option, operating under the belief it would have been “too complicated” and could have jeopardized US military interests in Saudi Arabia. As a result, the administration did not even request the State Department to work up options for how to target MBS with sanctions, one State Department official said.

As he departed the White House on Saturday, Biden said there will be an announcement on Monday “about what we’re going to be doing with Saudi Arabia generally.”

The White House later attempted to clarify the President’s comments, saying the State Department would simply be providing more details about the actions they previously announced.

“The recalibration of relations with Saudi Arabia began on January 20th and it’s ongoing. The Administration took a wide range of new actions on Friday,” a White House official said. “The President is referring to the fact that on Monday, the State Department will provide more details and elaborate on those announcements, not new announcements.”

When asked in an interview with Univision on Friday about how much he’s willing to push the crown prince to observe human rights, Biden said he was now dealing with the Saudi King and not bin Salman. He said “the rules are changing” and that significant changes could come on Monday.

It was a far cry from a comment in November 2019, in which Biden promised to punish senior Saudi leaders in a way former President Donald Trump wouldn’t.

“Yes,” he said when directly asked if he would. “And I said it at the time. Khashoggi was, in fact, murdered and dismembered, and I believe on the order of the crown prince. And I would make it very clear we were not going to, in fact, sell more weapons to them, we were going to, in fact, make them pay the price and make them the pariah that they are.”

“There’s very little social redeeming value in the present government in Saudi Arabia,” he said. “They have to be held accountable.”

The Biden administration’s definition of accountability is now coming into sharper view. The President has ended US support for the Saudi-led war in Yemen and ordered an end to some weapons sales to the kingdom, while top aides say he wants to “recalibrate” the relationship.

White House communications director Kate Bedingfield told CNN’s Erin Burnett on “OutFront” that Biden had told King Salman bin Abdulaziz Al-Saud during their Thursday call that the US will not tolerate the crown prince’s behavior, despite the lack of action.

“I am sure it is not going to make things easier,” she said. “But I think it’s also fair to say that it is not unexpected.”

A senior administration official, in explaining the decision to forgo punishment for the crown prince in light of the report, said the information released Friday was not new and had been known to the US government for more than a year.

Responding to the report, the Saudi foreign ministry said it “completely rejects the negative, false and unacceptable assessment in the report pertaining to the Kingdom’s leadership.”

In many ways that calculation is the same one the Trump administration made in deciding to stop short of punishing MBS.

Officials in both the Trump and Biden administrations have acknowledged privately that Saudi Arabia is a critical partner on counterterrorism actions and as a regional counterweight to Iran, making any attempt at distance nearly impossible.

Gerald Feierstein, a former principal deputy assistant secretary of state for Near Eastern Affairs now with the Middle East Institute, said the administration is balancing its response against its other priorities, such as ending the conflict in Yemen, lowering tensions in the Gulf region and counter-terrorism efforts are also factors, and all require a stable US-Saudi bilateral relationship.

Most crucially, “with US-Iran negotiations likely to restart later this year, Biden will need Saudi acquiescence, if not enthusiasm, to sell an eventual deal in the region,” said Ayham Kamel, the Practice Head, Middle East and North Africa at the Eurasia Group.

Another factor that analysts point to: the crown prince does serve to further some US goals, among them his attempt to modernize and overhaul the Saudi economy.

“While the crown prince comes with serious baggage, his reforms are productive channels of modernizing the kingdom, limiting the influence of the Wahhabi clerical establishment, promoting a greater degree of religious tolerance and empowering the youth,” Kamel said.

Kamel said that “the Biden team is not looking to deepen direct US political influence in Saudi Arabia and impact the debate over succession in the house of al Saud,” and that the Saudis are willing to listen — to a degree.

“The Saudi leadership has firmly decided to adopt a constructive position over the short term to limit tensions with the US,” Kamel said, pointing to the release of human rights activists as “an olive branch.”

And while Saudi officials understand that Biden is under pressure in Washington to act, “they are not convinced that Riyadh lacks leverage,” Kamel said, referencing their security relationships they have developed with countries such as France and Russia and their ability to leverage ties with China to counter the US.

This story has been updated with additional details on Saturday.

Biden administration to provide $150 million to boost Covid response in underserved and vulnerable...

Top Stories The News Article - April 19, 2021 0
"To get resources to health care providers serving at-risk populations and to promote equitable distribution of vaccines, today (the Department of Health and...