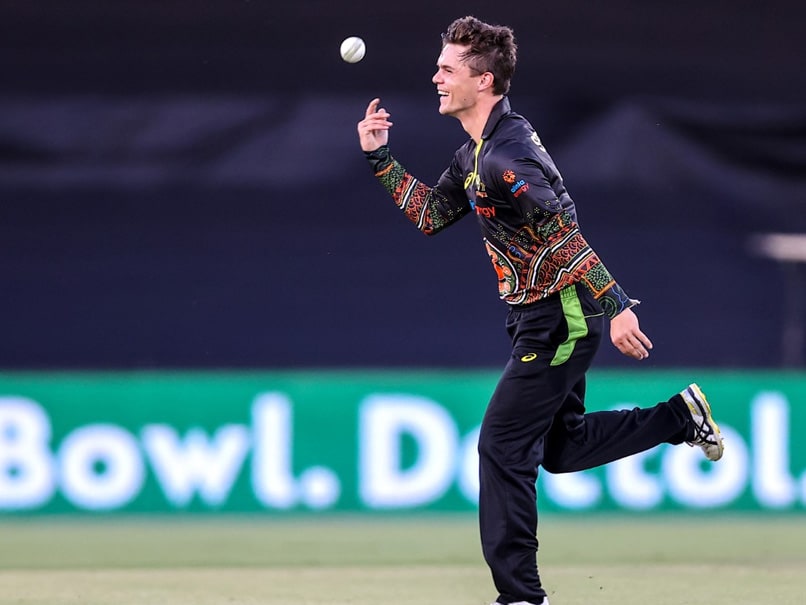 Leg-spinner Mitchell Swepson was admittedly “disappointed” with his performance in Australia’s 11-run loss to India in the first T20 International despite picking up rival skipper Virat Kohli’s wicket. The 27-year-old Swepson, who had replaced left-arm spinner Ashton Agar in the side, after the latter suffered a calf muscle injury, returned with figures of 1/21 in two overs. He, however, was guilty of bowling too short as he was hit for a couple of fours and a six. “Look, a little bit disappointed I guess, in the way I bowled last night,” Swepson said at a virtual press conference. He agreed that getting Kohli in his first over was a relief. “…so I think my first three balls weren’t great. So to get the wicket on the fourth and especially Virat’s (Kohli) wicket was I guess a bit of a pressure relief,” Swepson added.

The wrist-spinner described Kohli as an “unreal player” and said getting that breakthrough helped him release the pressure.

“I was obviously just so excited to be out there and that over-excitement, added with the pressure of wanting to do really well and perform on the international stage….”

“Throw in a couple of nerves as well and I just sort of tensed up a little-bit when I got my opportunity to bowl,” he was quick to admit that he felt tensed.

“So, overall, quite disappointed with the way I bowled, but it’s always nice to get a wicket like that,” said Swepson, who had the India captain offering him an easy return catch.

On a different note, when asked if he sees two leg-spinners playing simultaneously for Australia, he said, “I think, two leg-spinners is fine. You’ve seen the impact that leg-spinners had in T20 format, basically in all competitions; the BBL (Big Bash League), the IPL (Indian Premier League), international cricket, there’s a lot of leg-spinners having a lot of impact,” he said.

“That ability to spin the ball both ways puts doubt in the batsman’s mind. That’s where I think leg-spinners have that advantage in the T20 format,” he further added.