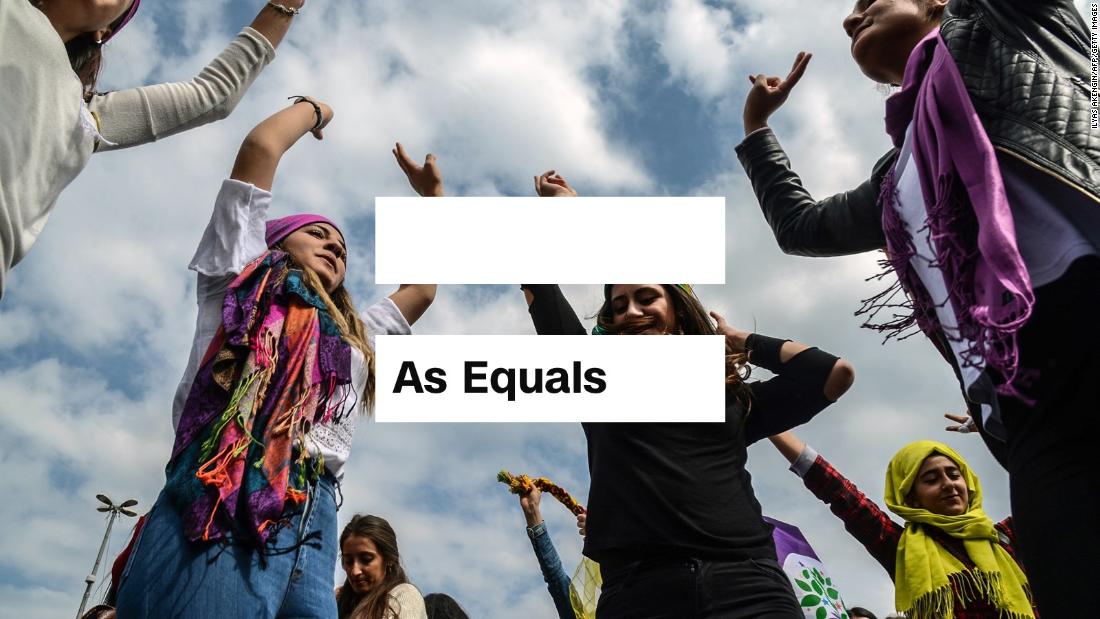 As Equals is a CNN series that aims to reveal what systemic gender inequality looks like.

There is a gendered dimension to every one of our major global challenges including, but not limited to: climate change, economic or health inequality, the rise of authoritarianism, mass migration or algorithmic bias. Critical, tenacious journalism is required to expose it all.

With stories on underreported issues in underreported parts of the world, told by underrepresented voices, As Equals intends to spotlight taboo subjects, use innovative presentations and effect change.

Staffed by a dedicated team, As Equals will broaden the scope of gender reporting and build on CNN’s already-established reputation for independent, world-class, mobile-first, thought-provoking journalism, with production across CNN’s platforms, including newsletters and audio, documentaries, as well as events.

How is As Equals funded?

As Equals originally launched in 2018 with the assistance of a year-long Innovation in Development Reporting grant from the European Journalism Centre. The series kept going after 2019 thanks to commitment by CNN.

In October 2020, CNN announced that the series would expand with a new three-year grant of US $3.6m from the Bill & Melinda Gates Foundation.

That money — which can only be used by CNN for As Equals — will fund salaries and associated staffing costs; the reporting and production of journalism in multiple formats; the commissioning of freelance storytellers and the holding of events.

For the duration of the series, CNN will continue to provide As Equals with staff and logistical support.

Will the Bill & Melinda Gates Foundation have any influence on CNN’s journalism?

No. As Equals’ journalism will be completely editorially independent. All of the output from the series will be held to CNN’s high standards and will be fair, accurate and responsible.

As with other grant-funded journalism, we will regularly report to the funder, the Bill & Melinda Gates Foundation, to demonstrate that CNN is spending the money in line with the purpose for which it was intended.

How long does the funding last for?

Why focus on gender inequality?

For the past several hundred years, patriarchy has shaped the world. Most institutions and societal norms were created for men, by men. As a result, women have long been denied equal rights (such as the right to vote) and all over the world they continue to face a myriad of challenges: unequal pay; a lack of equal legal rights; the lack of data or investments in research in gendered issues; bearing the brunt of the care burden; early or forced marriage, and more. Experiences of these challenges vary depending on gender or sexual identity, class, race or ethnicity, age, location or ability.

As Equals intends to cast a spotlight on these issues and report on them in ways that deepens global understanding and produces tangible impact.

Will As Equals include trans people in its coverage?

As Equals is unreservedly committed to inclusivity. Our stories will not only show you what gender inequality looks like, but also how inequality is not just limited to one location or people, and why it persists around the world.

You can send tips or questions to the following email address: [email protected]

Please note that we’re a small team and get lots of correspondence so your patience is appreciated.

Mars helicopter could fly as soon as Monday

Mars didn’t lose all of its water at once, based on Curiosity rover find

Top Stories The News Article - April 19, 2021 0
But in an essay published this week, ostensibly a tribute to his late mother, former Premier Wen Jiabao appeared to issue what many...