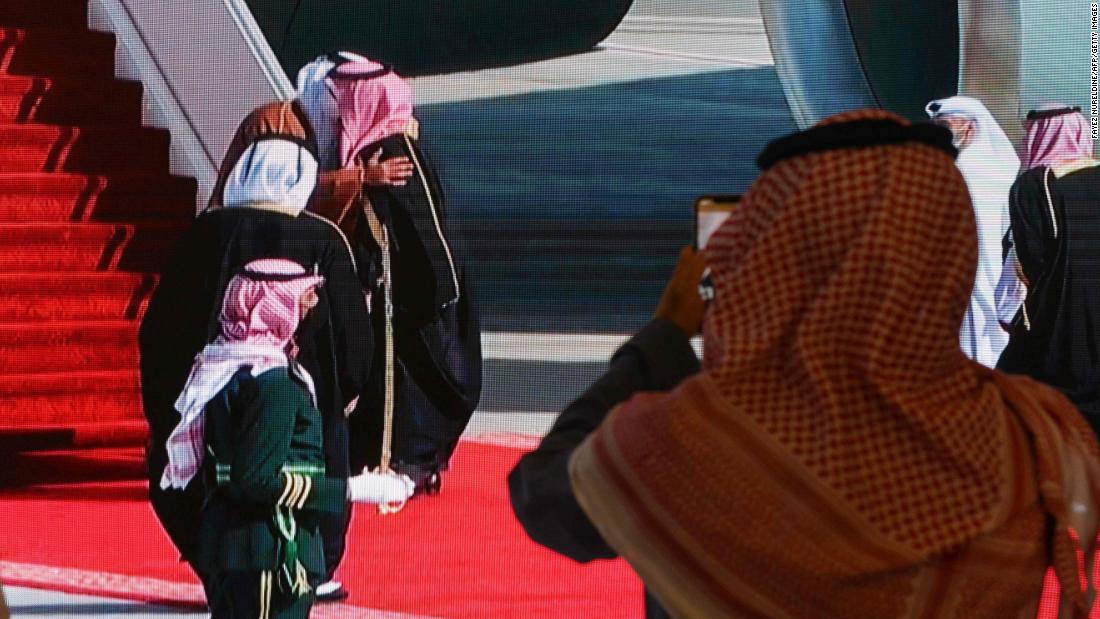 Saudi Arabia, Bahrain, the United Arab Emirates and Egypt severed diplomatic ties with Qatar in mid-2017 after accusing the country of supporting terrorism. Qatar has repeatedly denied the accusations.

Qatar’s only land border — which it shares with Saudi Arabia — was sealed shut. Boycotting countries closed their airspace to Qatar, and nearby Bahrain and the UAE closed their maritime borders to ships carrying the Qatari flag.

“Whether it’s the returning of diplomatic relations, flights … all of that will go back to normal,” Saudi Foreign Minister Prince Faisal told a news conference.P

Saudi Crown Prince Mohammed bin Salman received Sheikh Tamim, who set foot on Saudi soil for the first time since the start of the crisis, on the airport tarmac. The two leaders hugged, and images of the warm welcome were widely shared on regional social media.

During the signing of the statement, the Saudi Crown Prince called on Arab states to join ranks to counter the kingdom’s regional archrival, Iran.

“Today, we are in dire need to unite our efforts to advance our region and face the challenges that surround us,” said bin Salman. “Especially the threats posed by the Iranian regime’s nuclear program, its ballistic missile program, and its destructive sabotage projects that are adopted by (Iran’s) terrorist and sectarian proxies and their activities that are aimed at destabilizing security and stability in the region.”

Jared Kushner, US President Donald Trump’s son-in-law and senior adviser, who is credited with helping to usher in the detente, was in the room where the agreement was being signed.

Ahead of the summit, Kuwait’s foreign minister announced Monday that Saudi Arabia would reopen its airspace and borders to Qatar. Kuwait, which has mediated the crisis since it began, said the final agreement was the result of a call between Kuwaiti Emir Nawaf al Ahmad al Sabah, the Qatari Emir and the Saudi Crown Prince.

Bin Salman was elevated from Deputy Crown Prince to Crown Prince a month after the start of the dispute, and is widely seen as an architect of the Qatar boycott. Abu Dhabi Crown Prince Mohammed bin Zayed, who is not attending the GCC summit, was also seen as a driving force behind the bid to isolate Doha.

The embargo came at a time of heightened tensions with Iran, and fractured Gulf Arab unity. The quartet presented 13 sweeping demands, including the closure of Doha’s pan-Arab TV station Al Jazeera, ending Turkey’s military presence in Qatar, and curbing diplomatic ties with Iran.

As the dispute apparently nears an end, it is unclear if any of the initial preconditions to end the spat have been met. Al Jazeera continues to broadcast, and Doha’s relations with Tehran and Ankara appear intact. The details in the statement signed Tuesday were not released.

Saudi Arabia first signaled that a breakthrough on the Qatar crisis was afoot last month. Regional pundits say that Riyadh may be expediting a resolution in order to improve its standing with the incoming administration of US President-elect Joe Biden.

Saudi Arabia has has strong relations with the Trump White House, which empowered their bid to contain Iran. But a Biden presidency may put them in uncharted waters. As a presidential candidate, Biden promised to end US support for the Saudi-led war in Yemen, and has vowed to end Washington’s “blank check” to the kingdom.

Biden sends a message to Iran, but with a scalpel instead of a sledgehammer

Biden sends a message to Iran, but with a scalpel instead of a sledgehammer

India woos Tesla with offer of cheaper production costs than China – Times of...

Business The News Article - March 2, 2021 0
NEW DELHI: India is ready to offer incentives to ensure Tesla Inc's cost of production would be less than in China...