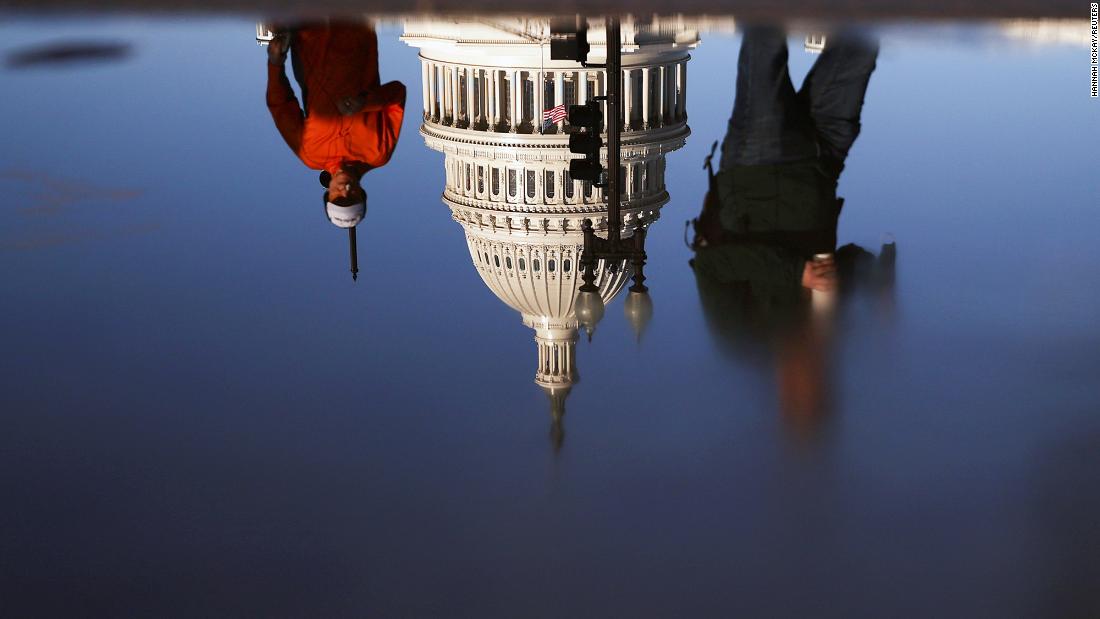 The overall reaction within the halls of Congress has been relatively ho-hum — particularly among Republican lawmakers. This is a major mistake, especially when you consider what we know about the virus’ transmissibility and who it threatens the most.

1) Most members spend their time indoors — whether in their offices or in the Capitol building.

2) They are still conducting meetings among themselves.

3) They are surrounded by lots and lots of staff.

4) They are, speaking in generalities, very, very old.

The situation, then, is ripe — VERY ripe — for an outbreak. (And I didn’t even mention that lots of members are flying to and from their home states or home districts, further raising the Covid-19 risk.)
And yet, the level of concern among members doesn’t seem to match the threat. Earlier in the week, Alaska Republican Sen. Dan Sullivan took offense when Ohio Democratic Sen. Sherrod Brown asked him to wear a mask while presiding over the Senate chamber. Texas Republican Sen. Ted Cruz jumped in to call Brown a “complete ass” for making the request.
The following day, Iowa Republican Sen. Chuck Grassley, who is 87 years old, announced that he had contracted the virus. (Another GOP senator, Rick Scott of Florida, is quarantining after being exposed to someone with the virus.) And despite the fact that Grassley had been in the weekly Republican conference meeting on Monday and interacted with his colleagues, other Republican senators seemed entirely nonplussed.
“He’s been great about wearing his mask and I think great about taking care of himself, and so I think he’s done everything he can … everything he could be expected to do to protect himself and the rest of us,” Missouri Republican Sen. Roy Blunt told CNN. “People catch this.”
Asked about whether any extra precautions would be taken following Grassley’s positive test, Wyoming Republican Sen. John Barrasso told CNN: “Not that I know of.”

Which is weird! Because Congress — based solely on the age of its members — is somewhere that Covid-19 could have devastating impact.

Grassley, at 87, isn’t even the oldest senator! That would be California Democratic Sen. Dianne Feinstein, who is 87 days older than Grassley. (They were both born in 1933!). Grassley and Feinstein are two of seven sitting senators over 80. The others are Sens. Richard Shelby (R-Alabama), Jim Inhofe (R-Oklahoma), Pat Roberts (R-Kansas), Patrick Leahy (D-Vermont) and Lamar Alexander (R-Tennessee). (Roberts and Alexander are retiring at the end of this Congress.) Mitch McConnell, the current Senate Majority Leader, was just re-elected to a seventh term at 78 years old.

In short: This is not a young bunch! And according to data from the US Centers for Disease Control and Prevention, eight in 10 deaths related to Covid-19 have been among Americans 65 years of age or older.

Congress has always been a petri dish. (Lots of people, lots of time spent indoors, etc.) But in a moment like this one — with coronavirus surging in nearly every state in the country and members of Congress falling ill — it feels as though the institution is failing to grasp the threat it is under. And that threat is very real.

With Congress poised to give states and local governments $350 billion, pandemic budget hit for many was smaller than predicted

Analysis: Here’s *exactly* how dumb the mask debate has become

World News The News Article - March 5, 2021 0
But Republicans charge the measure is laden with big-ticket liberal spending that has nothing to do with the crisis and quarrel with substantial...