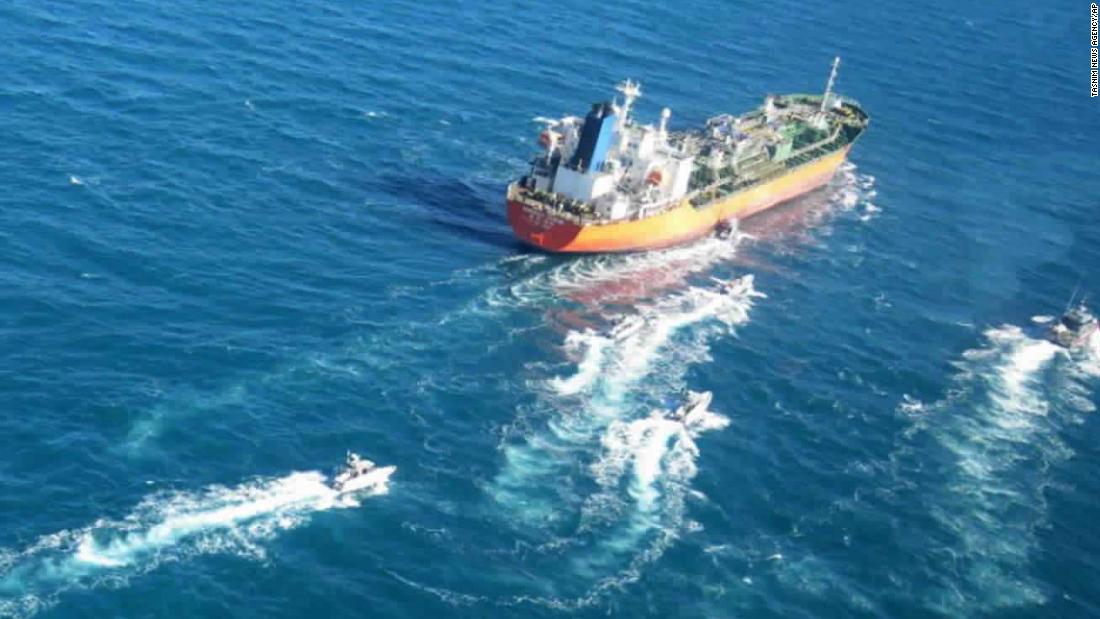 Iran’s persistent rhythm of half-measures, a drum beat of self-assertion, rarely lets up, leaving its adversaries — from hawk to moderate — able to choose from either of those options. Monday’s admission that it is now enriching uranium to the 20% purity level — a further breach of the collapsed nuclear deal (the JCPOA) and perhaps the singular most open step they’ve taken towards an alleged nuclear weapon — rings some of the loudest non-proliferation alarms in the region so far.

But it is not a complete surprise: Iran’s Majlis, or parliament, outlined such a move in December as part of a timetable of steps it wanted President Hassan Rouhani to take in a bid to escalate pressure on US President-elect Joe Biden’s administration for sanctions relief.

While uranium enriched at 20% is immediately useless if you want to make a weapon, it is a lot closer to the desired threshold of 90% — months away, at a push. It is a sign of potential potency that Israel’s Prime Minister Benjamin Netanyahu immediately seized upon to suggest that Iran seeks the Bomb. The timing of the move — in the face of Rouhani’s general rejection of the aggressive Majlis proposals — was quicker than many expected, but you would have to feign shock that it happened.

Inspectors from the UN’s International Atomic Energy Agency will now assess how significant the enrichment at the Fordow facility has been.

The move was also not isolated. Moments earlier, Iran’s naval forces stopped a South Korean tanker for alleged pollution and arrested the crew. Any emissions aside, the move acted as a relatively low-risk reminder of Iran’s potential influence on shipping in the Gulf.

South Korea is a relatively neutral victim — with some Iranian assets held still in their accounts, allies enough to be noticed, but none who would act over this event alone.

The night of January 3 also passed without incident. Last year, a US drone killed Iran’s most prominent military commander, Gen. Qassem Soleimani, plunging the region into paroxysms of panic over wider conflict. Tehran’s pledged retaliation came as a limited missile strike against a US base in Iraq, that seems to have been adequately telegraphed so that nobody was killed.
Since then, Iran has been pummeled by the US campaign of “maximum pressure” of further sanctions during the pandemic, and has lost its most prominent nuclear scientist, Dr Mohsen Fakhrizadeh, killed by gunfire outside Tehran. For that, again, it has pledged to strike back, but has not done so.

The anniversary of Soleimani’s death was heralded with impressive CGI videos on Twitter, suggesting the revenge Iran’s allies could take, if they were indeed animated eagles, swooping down on video-game US soldiers. Yet nothing happened here either, with Iran’s allied militia in Iraq very clearly choosing not to repeat their earlier attacks on the US Embassy in Baghdad.

The US has also continued its dance of deterrence in the region, almost literally. Acting Secretary of Defense Christopher Miller took the USS Nimitz aircraft carrier out of the region — so as to not provoke any escalation, ahead of the Soleimani anniversary — and then sent it back in again, at the apparent request of President Donald Trump. A little like their adversary, even the current bumbling US administration seems to want to play tough, yet not actually so tough that they get mud on their knees.

The mutual posturing — if hopefully that is all it remains — is almost transparently geared towards re-igniting negotiations with the incoming Biden administration.

Jake Sullivan, President-elect Biden’s national security advisor designate, told CNN the US would re-enter the JCPOA if Iran also did — if Iran dismantled centrifuges, and stopped enrichment. (It is unclear who would do what first, or whether the vast number of ancillary sanctions put on Iran by the Trump administration would still cause so much damage to the Iranian economy that the JCPOA alleviation of sanctions would become less beneficial).

Sullivan said once both sides were back in the JCPOA — which would be a huge feat of synchronicity and speed, given the Iranian presidential elections later this year in which hardliners are well-placed — then a “follow-on” deal was possible over Iran’s ballistic missile technology. Iran has flatly rejected any such deal, and said there’s nothing to renegotiate over the JCPOA: it is those original terms or nothing.

The churn and swill left behind by Trump’s maximum pressure policy has muddied waters enough that Sullivan and Biden will face an uphill challenge. But Tehran’s mostly rhetorical response to intense sanctions, repeated assassinations and a fair deal of US inflammatory rhetoric, does suggest it is keen for diplomacy and, with it, sanctions relief. Foreign minister Javid Zarif tweeted that while 20% enrichment had begun, it was in line with the JCPOA and “fully reversible upon FULL compliance by ALL.”

And the Trump experience — chaotic and counter-productive as it has been — afforded perhaps one lesson: that Iran, faced with a high-profile killing that many thought would spark a conflagration, knew it would lose any wider conflict with the US, and opted to not respond by publicly racing for a nuclear weapon. They’ve shown a pretty clear grasp of where Trump’s red lines are.

The lesson is two-fold. Iran is weaker than its angry, vengeful rhetoric suggests. But it follows that it is also not the rampaging, imminent threat its most hawkish adversaries would contend.

The challenge of the next 16 days of bloated tensions is to be sure that neither side reassesses the long-term intentions of the other, as they both talk loudly and carry big sticks, while hoping diplomacy picks up again.

World waits for a made-for-TV bombshell, as Harry and Meghan sit down with Oprah

Canada vowed to protect its Indigenous women. But they are still being blamed for their own deaths

Canada vowed to protect its Indigenous women. But they are still being blamed for their own deaths

The Apollo 11 astronauts quarantined after returning to Earth. Here’s why

Top Stories The News Article - March 7, 2021 0
The result means facial covering will be banned in all publicly accessible places, including on the streets, in public offices, on public transport,...