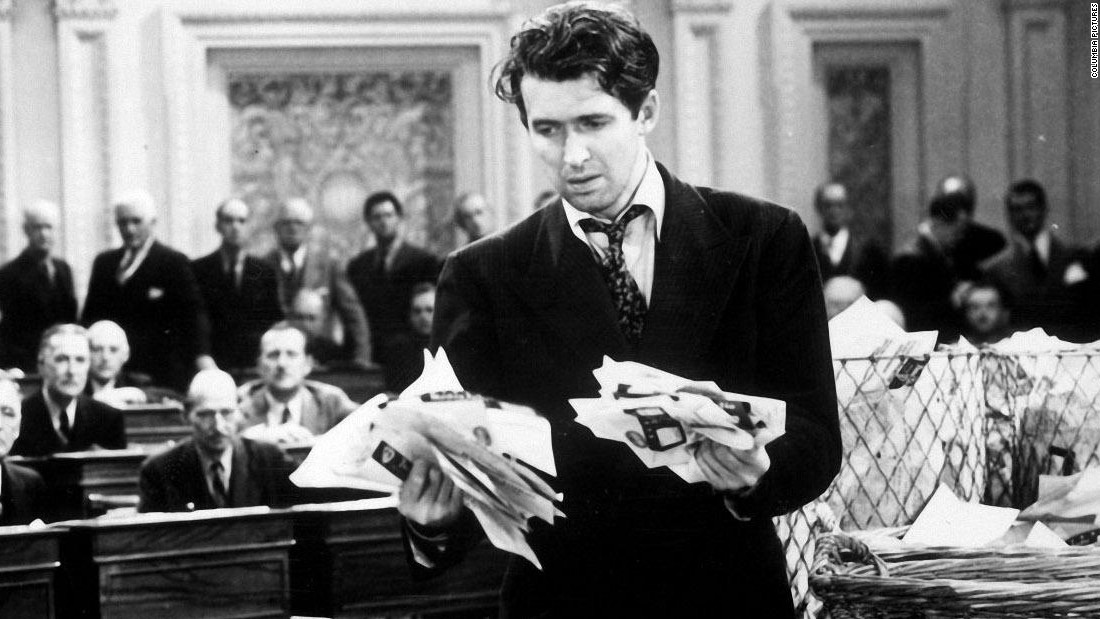 The Illinois Democrat, who also serves as the Senate Majority Whip — the No. 2 leadership position in the party — went very public with his issues with the way the filibuster is being used in the modern Senate during a fiery speech on the floor on Monday.

“Today, nearly 65 years after Strom Thurmond’s marathon defense of Jim Crow, the filibuster is still making a mockery of American democracy. The filibuster is still being misused by some Senators to block legislation urgently needed and supported by strong majorities of the American people. This is what hitting legislative rock bottom looks like. Today’s filibusters have turned the world’s most deliberative body into one of the world’s most ineffectual bodies.”

Durbin made clear that he is open to reforming the filibuster rather than getting rid of it entirely — proposing that if a senator wants to block a vote on a piece of legislation, he or she should be required to hold the Senate floor for as long as they possibly can.

Which is what most average Americans believe how the filibuster works right now! (Most peoples’ conception of the filibuster comes from “Mr. Smith Goes to Washington,” if we’re being honest.) But that’s not actually how the filibuster works in the modern version of the Senate. These days a single senator can keep the Senate from trying to invoke cloture — a fancy word that simply means ending the Senate’s unlimited debate and proceed to a final vote — with simply the threat of a filibuster. As in, a senator can simply indicate that he or she would filibuster a certain piece of legislation in order for it to gum up the works.
As The Washington Post’s Philip Bump wrote in January:

“In practical terms, filibusters these days are only rarely hours-long riffs driven by passion for a cause. They are much more frequently hand-wavey threats to offer such a speech, with the end game of forcing legislation to meet a supermajority standard before passage.”

The filibuster has been eroded in the past decade — first by Democrats under Senate Majority leader Harry Reid, who opened Pandora’s box in 2013 when he invoked what was then known as the “nuclear option” — eliminating the need for 60 votes to end debate on all presidential nominations other than Supreme Court justices. On those nominations, a simple majority was all that was needed to proceed to a final confirmation vote, transforming the Senate, at least in part, into a majority rules body similar yo the House.
When Republicans retook the Senate majority in 2016, Senate Majority Leader Mitch McConnell showed that what’s good for the goose is good for the gander, further undermining the filibuster by including Supreme Court nominees in Reid’s previous changes. That move, which meant that a simple majority of senators could end a filibuster, allowed McConnell to confirm three Supreme Court Justices in President Donald Trump’s four-year term: Neil Gorsuch, Brett Kavanaugh and Amy Coney Barrett.

Which brings us to this moment, with Democrats, again, in the majority and with a Democrat in the White House in the form of Joe Biden.

Liberals, having watched Trump (and McConnell) fundamentally alter the ideological makeup of the most powerful court in the country for a generation, want Senate Majority Leader Chuck Schumer (New York) to move to get rid of the filibuster entirely — including on legislative matters.

“Preserving the filibuster is not worth letting millions of people in this country go hungry, sleep in their cars, or struggle to afford baby formula,” tweeted New York Rep. Alexandria Ocasio-Cortez last month.

The problem? Democrats don’t have the votes, at least not yet.

In order to change the Senate rules, they need all 50 Democrats to back such a move. And at least two Democrats — Sens. Joe Manchin (West Virginia) and Kyrsten Sinema (Arizona) — have said they don’t support the elimination of the filibuster.

Manchin said back in July 2020 that eliminating was the filibuster was “bullshit” and he continues to insist that he opposes such a move. However, in an appearance on “Fox News Sunday” earlier this month, Manchin seemed open to what Durbin backed in his speech: Forcing a senator to hold the Senate floor for as long as he or she possibly can.
“If you want to make it a little bit more painful, make him stand there and talk,” Manchin said. “I’m willing to look at any way we can, but I’m not willing to take away the involvement of the minority.”
And here’s the latest statement from Sinema on the issue: “Retaining the legislative filibuster is not meant to impede the things we want to get done. Rather, it’s meant to protect what the Senate was designed to be: a place where senators come together, find compromise and get things done for our country.”
In addition, Biden, himself a long-serving senator before winning the White House, has voiced opposition to elimination of the filibuster. “The President’s preference is not to get rid of the filibuster,” White House press secretary Jen Psaki said earlier this month. “His preference is not to make different changes to the rules, to the filibuster rules.”

Despite that opposition, there’s no question that pressure is building on the likes of Manchin, Sinema and even Biden to reconsider their views on the filibuster. Why? Because, with a Democratic-controlled House, a Democratic President and a Democrats in control of the Senate — admittedly solely because Vice President Kamala Harris breaks 50-50 ties — many liberals view these next two years as a unique moment to push long-hoped-for legislation.

That includes gun control legislation, which has already passed the House, aggressive efforts to slow climate change and policy proposals designed to counter Republicans efforts at the state level to limit voting rights. The House has already passed HR1, which would usher in a series of election and voting reforms.)
“There’s no way under the sun that in 2021 that we are going to allow the filibuster to be used to deny voting rights,” said South Carolina Rep. Jim Clyburn, the number three ranking Democrat in the House and its most powerful African American member. “That just ain’t gonna happen. That would be catastrophic.”

Durbin’s vociferous argument in favor of changing (or ending) the filibuster will further amp up attention on the issue. Will it change the minds it needs to? That’s the big question.

For his part, McConnell strongly warned Democrats that Republicans will grind the Senate to a halt if the filibuster rules get changed.

On Tuesday, McConnell laid out a conservative agenda that Republicans would push the next time they take control of Congress and White House, most of which Democrats would vehemently oppose — like defunding Planned Parenthood and adding sweeping restrictions against abortion.

The News Article is your Top news Headlines, entertainment, and Products Reviews Platform. We provide you with the latest breaking news and Reviews straight from the Different News and entertainment industry.
Contact us: [email protected]rticle.com
© By GeekWeber.com