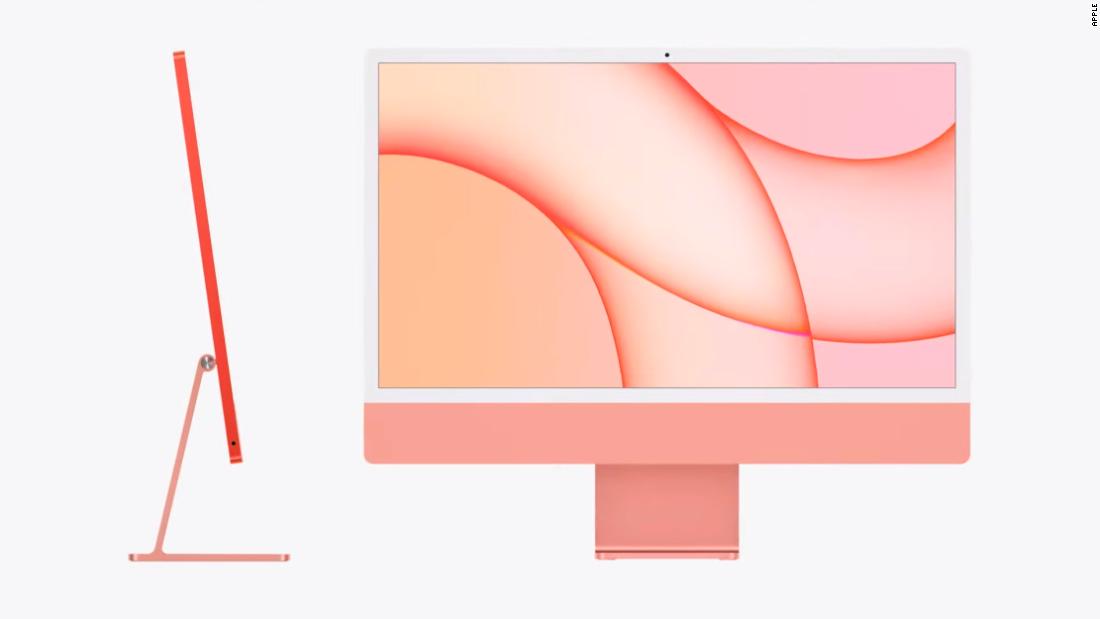 When Apple (AAPL) overdesigns its products, it’s typically for form over function. You know the list: getting rid of the headphone jack to make the iPhone thinner, ditching USB-A ports on MacBooks, switching the hinges on its keyboards…. They’re innovations that make Apple’s products look cool, but don’t make their products work any better.
Strangely, Apple has chosen function over form with its new iMacs.
They’ll work great: The 8-core M1 chip on a desktop computer is going to be ohmygod fast — about twice as fast as the last iMac, Apple claims. The HD webcam, studio-grade microphones and surround-sound speakers are perfect for the Zoom era. Touch ID on the keyboard is a nice … touch. The better-than-4K display is going to be *chef’s kiss.*

The only problem is you have to look at your new iMac when you’re using it.

Even if you’re a pastel fan (or you wisely choose silver), you won’t be saved from the bizarre look of the new iMac. That weird chin that’s been a feature of the iMac since 2004 is still there, giving the new iMac a decidedly last-generation look. And the new version ditched the Apple logo, making that odd rectangle at the bottom of your screen look even stranger.

It’s the kind of unforced error that Apple rarely makes. The M1 chip gave Apple a chance to completely rethink its iMac design. Instead, it chose to stick to the familiar shape, put the computer’s guts below the screen and make the iMac thinner. That comes with some advantages (more on that in a second), but the result is an aesthetic head-scratcher.

The worst feature of the new iMac is the bezel — the white frame around the display. The chin makes the bezel really stand out. It was hardly noticeable in the past iMac iterations, because it was black. The white contrasts with the screen and the chin, giving the screen a seriously weird appearance.

It’s not 100% clear why Apple went this route, but the company left a few clues.

The new iMac is 11.5 millimeters thick, which is the thickness of about one and a half iPhone 12s. That’s insane. It comes with a magnetic power cable because you can move this thing around — it weighs less than 10 pounds. The new iMac kind of blurs the lines between desktop and laptop.

But how many people move their desktop computers so often that they need something that thin and light? And for those people, would a few millimeters of thickness and another pound make that much of a difference?

When you’re looking at your all-in-one desktop, how often are you really concerned about its thickness? The screen is the thing you’re staring at, which is why Apple should have maximized the screen real estate and minimized everything else.

Apple probably designed the iMac so thin because it could not because it should. The result, for a company that makes some of the most beautiful gadgets ever conceived, was a big swing and a miss — something that looks like a cross between Jay Leno and an Easter egg.