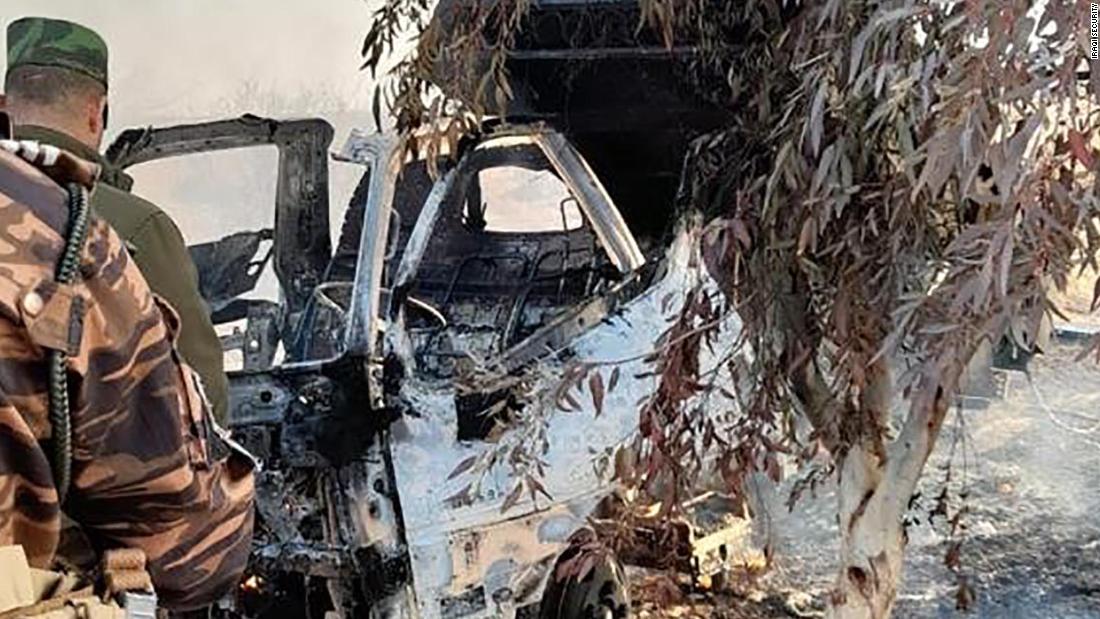 The Al-Asad air base was struck by grad missiles, Iraqi officials said earlier Wednesday. There are no reports of casualties or damage, and no group immediately claimed responsibility.

The rocket launcher was found in the al-Bayader agricultural area near the town of al-Baghdadi, about 180 kilometers northwest of Baghdad, military sources told CNN. Sabereen news, a pro-Shia militia group, published images on its Telegram page claiming to show the launcher that attacked the base. CNN cannot independently verify the images.

The attack came just less than a week after the US military struck a site in Syria used by two Iranian-backed militia groups in response to rocket attacks on American forces in the region in recent weeks, which was the US military’s first known action under President Joe Biden.
The air base was last attacked in January 2020 by Iranian missiles avenging Qasem Soleimani, Iran’s most powerful military figure who was killed by a US airstrike ordered by then-President Donald Trump at Baghdad International Airport in 2020.

Wednesday’s rocket attack comes just two days ahead of a scheduled trip to Iraq by Pope Francis, the first time a Pope has visited the country. The Pope will be staying at the Vatican Embassy throughout his trip, the Vatican said on Tuesday.