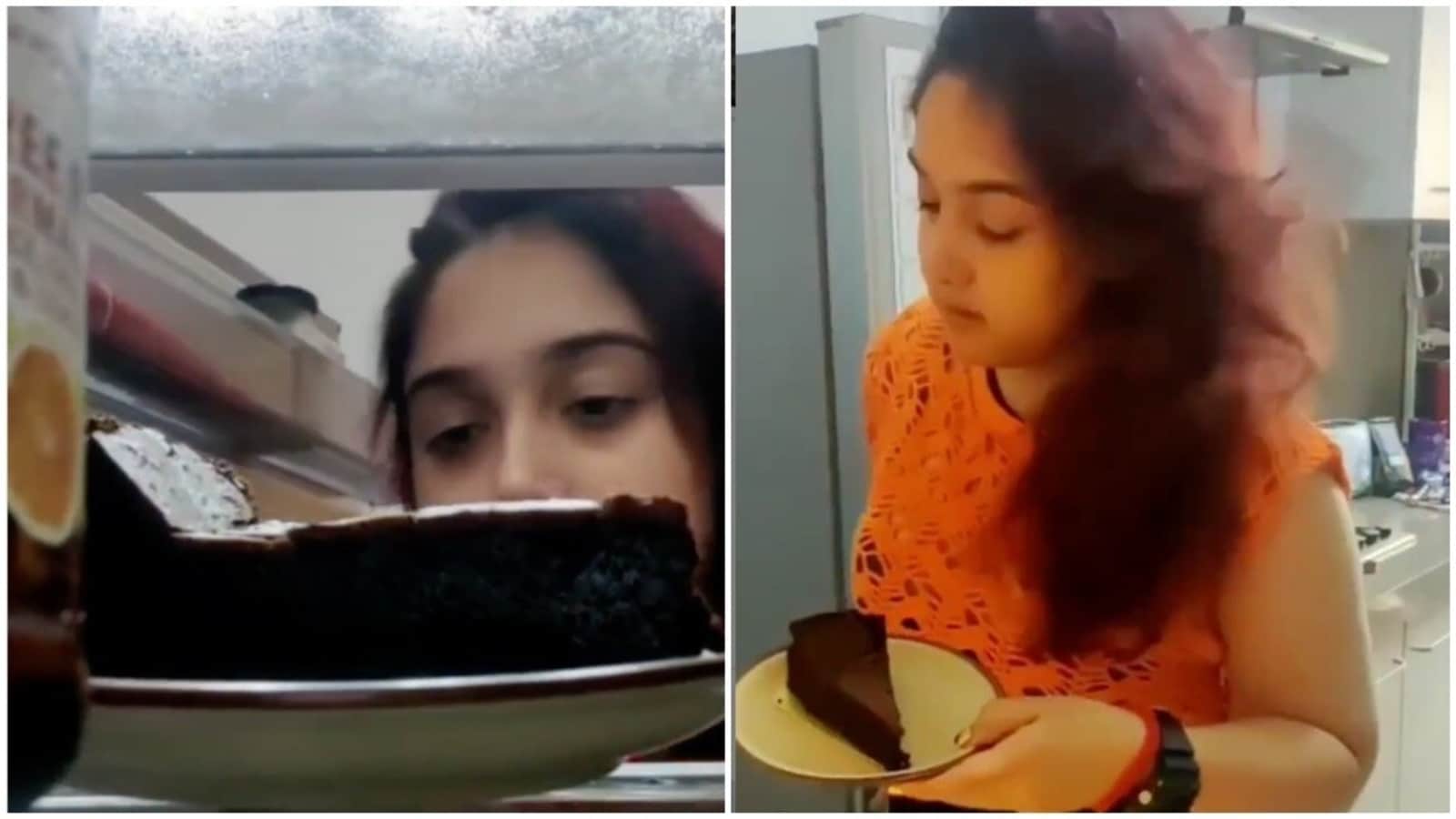 Actor Aamir Khan‘s daughter Ira Khan has discovered a new passion on Instagram. She has shared yet another video of herself, reviewing a piece of cake.

In the video, Ira Khan is seen in an orange top and black skirt, opening the door of her fridge and picking up a plate with a chocolate cake. She is then seen eating the cake while sitting next to a window.

Sharing the video, she wrote, “Flourless Chocolate Fudge from Out of the Blue. @outofthebluebombay The crusty top was nice. The dessert itself was average. I had it cold and then I heated it for 10 seconds. The consistency was much nicer but it didn’t improve the taste. It could be because it’s flourless.. but it was just too.. gelatinous I guess.” She gave video credits to her boyfriend, Nupur Shikhare.

Ira’s followers showered her with compliments and a few marriage proposals too. “Will you marry me please tell me I’m waiting for your reply,” wrote one. “Has it all finished,” asked another.

Last week, Ira had also reviewed a slice of tiramisu. “Tiramisu Tres Leche from Cheesecake Republic. @cheesecake_republic I wouldn’t suggest combining Tiramisu and Tres Leche because they’re both strong, rich flavours. However – The sponge is soft and moist and yummy! The coffee cuts the sweetness of the condensed milk so if you’re a sweet tooth but like Tres Leche, this is a good bet. It isn’t a replacement for Tiramisu or Tres Leche individually but on its own standing, it’s a great dessert. If you’re having a massive sweet craving and you like the taste of coffee…It’s heavy so don’t be greedy and take a huge helping Enjoy,” she wrote.

Ira often shares pictures and videos with her boyfriend Nupur on Instagram. She made her directorial debut with stage play Medea, starring Hazel Keech in the lead.