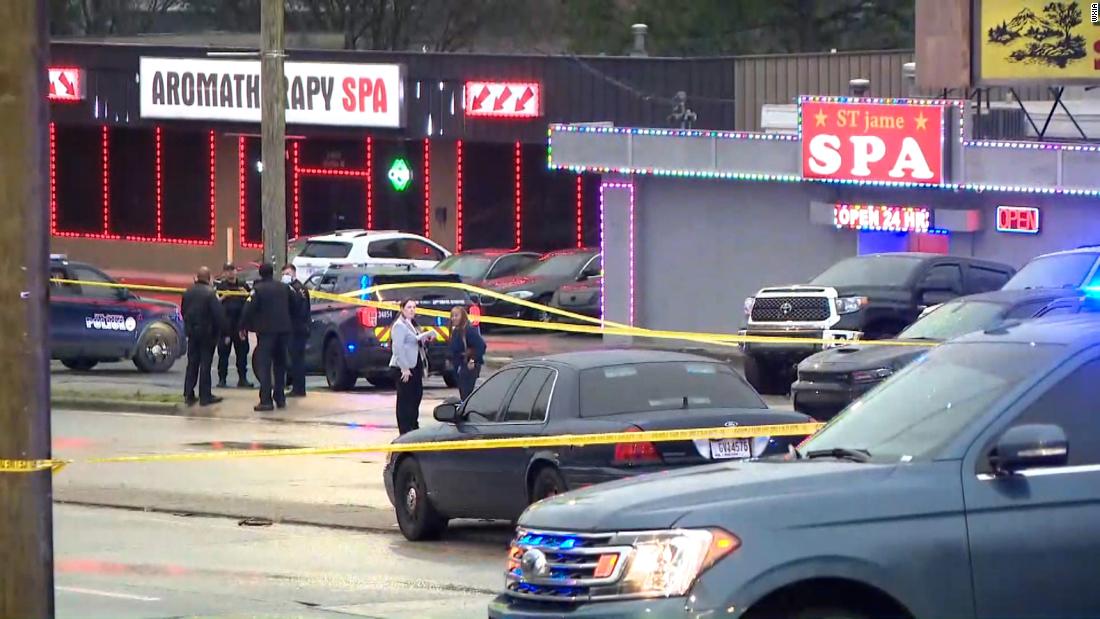 Investigators said they were trying to determine whether the shootings were connected.

Two people were pronounced dead at the scene and three were transported to a hospital where one died.

The sheriff’s office is looking for a suspect they say was seen on surveillance video at the scene at the time of the shooting.

Acworth is about 30 miles northwest of downtown Atlanta.

Atlanta police said they responded to a robbery call at the Gold Massage Spa on Piedmont Road in Atlanta.

At the same time, they responded to the Aroma Therapy spa directly across the street, where they found one person dead, police said.

Police said the four victims were female and appear to be Asian. They did not say whether they were employees or customers at the spas.

Atlanta police say they are in the beginning of the investigation and have not outlined a motive.

This story is developing. Check back for updates.