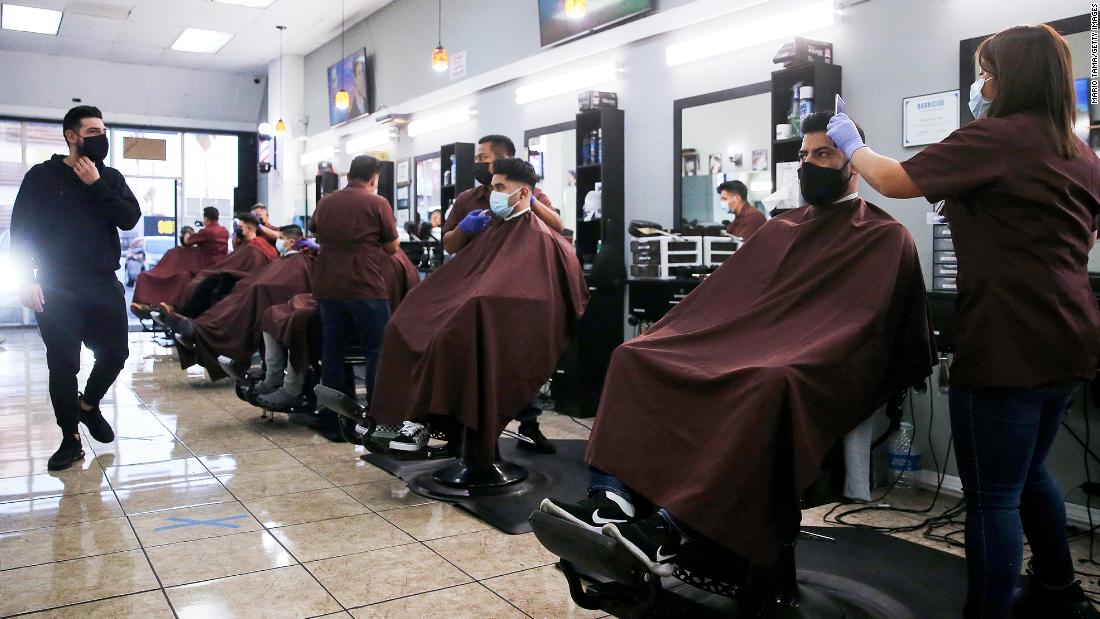 Here’s what you need to know to Get Up to Speed and On with Your Day. (You can also get “5 Things You Need to Know Today” delivered to your inbox daily. Sign up here.)

The highly contagious Covid-19 variant first discovered in the UK has now spread to all 50 states. More than 15,000 such cases have been reported in the US, and while vaccines are highly effective against the variants, medical experts are worried we may not be vaccinating fast enough to prevent more major outbreaks. Remember, this mutation is dangerous because it’s more severe and easier to catch. Meanwhile, the US is under pressure for its failure to share unused vaccines with other countries, even as powers like Russia and China have pursued aggressive vaccine diplomacy with others. Secretary of State Tony Blinken said things are moving as fast as possible, and the US will not use the exchange as a way to gain political favors.

The Senate parliamentarian, the person who interprets the rules and procedures of the body, has ruled that Democrats may amend the budget resolution they used for their Covid-19 relief bill. This is a key ruling for Democrats, because it could give them a way to pass President Joe Biden’s infrastructure legislation without Republican support in the same way they got that big Covid-19 plan through. The infrastructure plan is the next big White House priority, but it’s gained quick pushback from Republicans who have argued it’s too expensive and includes overly partisan programs. This bill also encompasses far more than bridge repairs and repaved highways — for instance, it also includes $400 billion to revolutionize home health care for the elderly and disabled.

Amid a wave of recent anti-LGBTQ legislation, two state leaders have made major moves in the other direction. Arkansas’ Republican Gov. Asa Hutchinson vetoed an anti-transgender health care bill that would’ve prohibited physicians in the state from providing gender-affirming procedures for trans people under 18. Hutchinson said while he believed the bill was well-intended, it would be a “vast overreach” and is the product of “the cultural war in America.” Meanwhile, Virginia has become the first state in the South and the 12th state overall to ban “gay and trans panic” as a defense for murder or manslaughter. The bill was introduced by the state’s only transgender lawmaker. Perpetrators of violent crimes sometimes argue that the victim’s gender identity or sexuality provoked them to kill in a crime of passion — a line of thought that LGBTQ advocates say excuses unacceptable actions and demeans LGBTQ lives.

The results of Israel’s fourth election in a little more than two years reveal more of the same: Political gridlock, and no clear path to a majority government. Israeli Prime Minister Benjamin Netanyahu’s Likud party won the most seats in the Knesset (Israel’s parliament), but they have not been able to bring together enough representation from other parties to form a majority. Now, Netanyahu is back in the courtroom as his corruption trial resumes. The Prime Minister faces charges in three separate cases, the most serious of which have to do with him allegedly giving financial favors to political allies in exchange for favorable news coverage. Unless he’s granted special permission, Netanyahu may need to attend the entire trial.

Russian President Vladimir Putin has signed a law paving the way for him to run for two more presidential terms, potentially extending his rule until 2036. The provisions of this new law were decided last year in a landmark referendum on Russia’s constitution. In addition to renewed term limits, the referendum included votes on a range of other amendments, including a provision that defined marriage strictly as a “union of a man and a woman.” Putin, who turns 69 this year, is currently serving his fourth presidential term, which is set to end in 2024. He was in power from 2000 to 2008, and resumed office in 2012.

And it was a heartbreaker for the Gonzaga Bulldogs, who had their perfect season cruelly snapped when it mattered most.

Get stuck, stick it. A winning combo.

It’s doing a great job and we are all very proud!

The trailer for “Loki,” the new Disney+ series on the Marvel god, is here

And there’s a mustache in it. We’re not gonna tell you whose mustache, but it’s there.

Well, it’s not new to Canadians, since it’s been served there since 2017. Fun fact: The McFlurry is actually a Canadian creation!

We have a podcast!

We’re serving up your favorite news fix twice a day so you’ll always know what’s happening. We’ll start your morning smart with the top headlines, and in the evening, let 5 Things be your evening commute home — even when that commute is just to the next room .

You can listen on CNN.com, Spotify, iTunes or wherever you get your podcasts. Or, ask your smart home device to “Play CNN’s 5 Things podcast.” We know you’ll love it!

A search for survivors

Rescuers are still looking for dozens of people missing in remote islands off southeast Indonesia after a tropical cyclone ripped through the region, killing at least 128. Authorities fear the death toll could rise significantly as they discover the extent of the destruction.

The Texas Rangers welcomed at least this many people to their MLB home opener at Globe Life Field in Arlington, Texas, making it one of the first full-capacity sporting events since the pandemic began.

Minneapolis Police Chief Medaria Arradondo, who testified that former officer Derek Chauvin’s actions once George Floyd stopped resisting and was in distress were “not de-escalation” and were “contrary” to policies about the sanctity of life.

How far would you go for some really good ramen?

Planes, trains, automobiles and even a ferry: That’s what you’ll have to take to get to Japan’s most remote ramen shop. But the secret ingredient, we’re told, is worth the journey.

Microsoft Outlook Lets You Create Auto-Breaks Between Meetings: How to Use

Tech The News Article - April 21, 2021 0
Microsoft Outlook is getting a new feature that lets users automate breaks between back-to-back meetings. Users can now tweak settings inside Outlook that...